Larry the Junkie is a Newyear Dualstream Day of Zeux Q4 2002 game made by The Finnards that received the 4th place. The gameplay is very simple. It mostly consists of going from point A to point B while interacting with NPCs. The game also features a pseudo-mini-game.

You are Larry, the neighborhood junkie who is addicted to "the medicine". Your boss gives you a mission to sell drugs to the people of the ghetto so that you may earn money for "the medicine". After you have done this deed you decide to visit the local pharmacy where you usually get your fix. While discussing with the clerk you find out that there is a new "the medicine" that is even better than the old one and so you decide to begin your adventure. 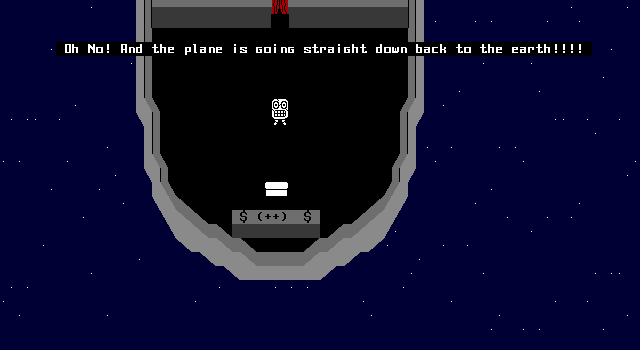 There is a severe bug in the interaction "engine". If there is no-one to interact with when you push space the engine breaks thus making the game impossible to finish.