Drastic Crusade was an entry in the Zeuxworld's First Annual Week of Zeux 2002 with the theme of "Afterlife"; it received first place. The game took place in a dark fantasy setting; the main character Derek intended on discovering why souls were not crossing over to the spectral plane.

The gameplay is mostly MegaZeux-style sword-slashing, with a puzzle element or two. 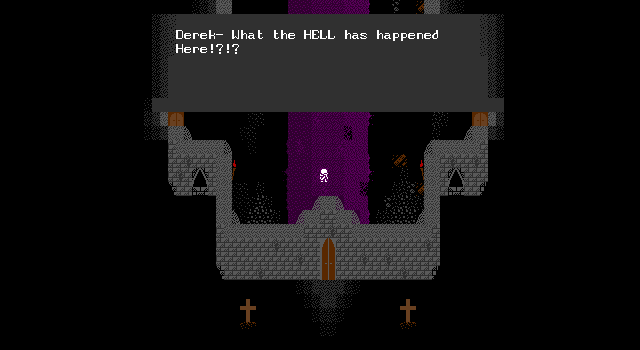 Fighting in Drastic Crusade can be challenging. Hitting the enemies requires a "to hit roll". However when the enemy attacks, it doesn't require a "to hit roll". This leads to a frustrating problem where the player misses most of the time while the enemies do a successful hit every time.