The following is a listing with brief summary of T-Bone's unfinished projects. This is a comprehensive list culled from the list T-Bone's page gives of his unfinished MZX games, and has had additional entries added from a Wiki pruning.

Blood in Berlin, is a World War II game developed by T-Bone. The game takes place in Berlin during the Second World War (1940's). You fight along-side allies against the Nazi forces in an action packed shoot out.

Dragon Warrior, is a MegaZeux remake of the NES RPG classic, Dragon Warrior. Originally created in 1999; the game consisted of just customblocks, customfloors, robots and overlays. Later on, with the introduction of sprites, the entire game has been rebuilt from the ground up. 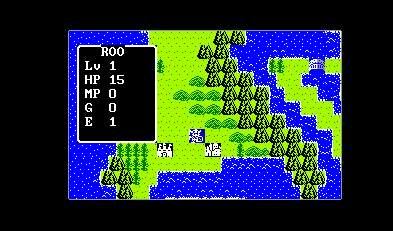 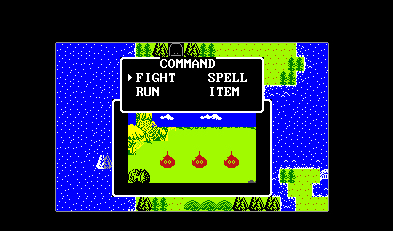 Eight Shades of Evil is a stealth ninja adventure game produced by T-Bone in 2001. Inspired by the popular stealth game series Tenchu; the player engages on missions quite similar to the tasks in the Tenchu series.

In the game you can climb, swim and roll as well as toss glass on the ground for enemies to step on, alerting their position at the same time as inflicting pain.

There is also a multiplayer option, whereas you and a friend can duel it out with ninja stars and a sword.

There are eight regions in the game controlled by 8 evil rulers. You must sneak by their army's and assassinate each of these 8 figures of power.

A Hero's Utopia' (re-titled as just Hero's Utopia) is an RPG turn-based strategy game that is also multiplayer (up to 4). Influenced by the classic "Heroes of Might and Magic" series. The player must first choose a class/race of hero and form a garrison of units based on that type of class/race. You move your hero around a map and encounter enemies and other heroes. Once you make have encounter an encounter with an enemy or other hero, you are transferred to a battle scene. During battle, each of your units in your army have their own unique abilities and movements. Somewhat like an advanced version of chest, you must inch your army closer to your opponents units to engage in combat. 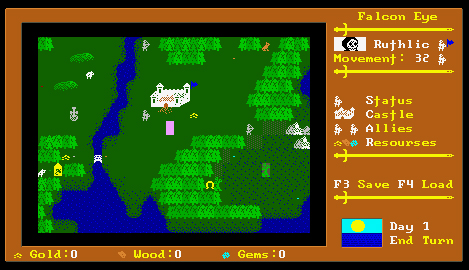 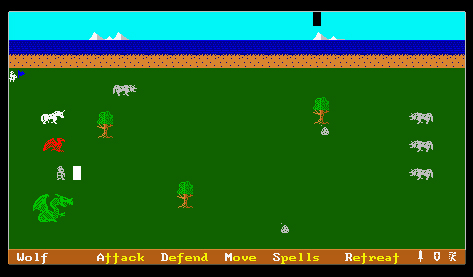 Game also includes a map editor, for creating your own worlds. No demo has yet to be released of this game.

Jet Pack Man 2 is the sequel to Jet Pack Man. Jet Pack Man 2 has improved graphics and larger stages compared to the original Jet Pack Man. In this game, it is much easier to find ways to refuel your Jet Pack and health, through picking up certain items such as fuel drums and hearts.

The player has a fuel gauge which represents the amount of jet fuel he currently has on him. When it depletes the player is unable to fly, unless he finds more fuel - located in fuel drums. The player also has a health and ammo monitor. The player's ammo is unlimited but however your gun can overheat causing it to stall if used for prolonged use.

In order to complete each stage, the player must collect all on-screen yellow gems.

MegaZeux World, is an adventure RPG for MegaZeux created by T-Bone. This game was designed to resemble the classic built-in objects, items and enemies of MegaZeux and ZZT in a RPG fashion.

The game features many of the classic enemies from MegaZeux itself. However when you encounter an enemy, you engage in an RPG battle with them, rather than a top-down shoot out.

Your score is your experience and as you gain new levels you can equip yourself with stronger weapons and new skills. 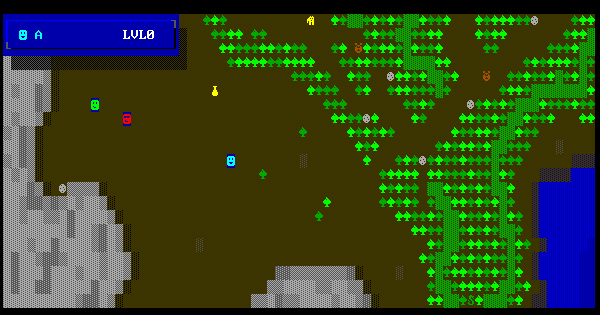 No playable demo of the game has been released and one can assume that this project has been canceled.