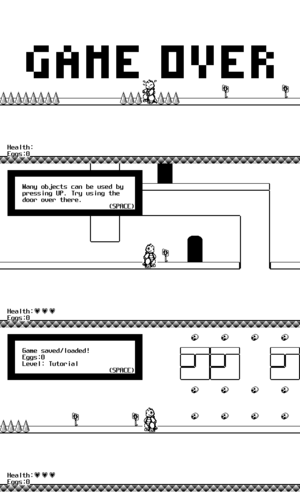 Dinosaur was a game in development by LogiCow, underway around late 2004. It featured two-colored graphics (black and white) which were on the whole well-received by the community.

People bugging LogiCow to finish Dinosaur became a common refrain whenever he would release a new tech demo to the community.