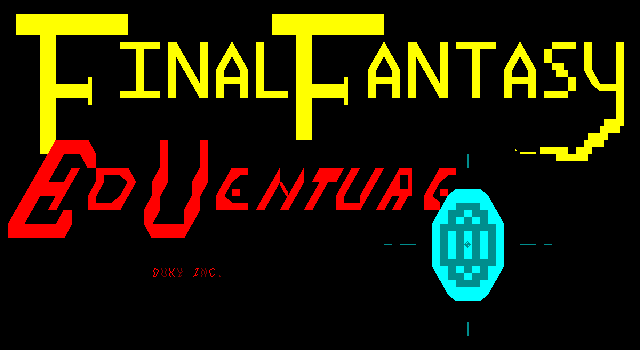 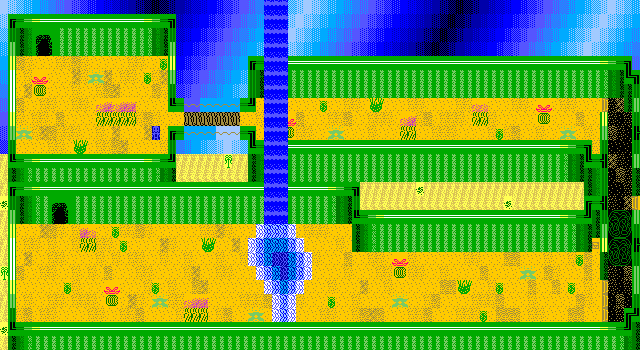 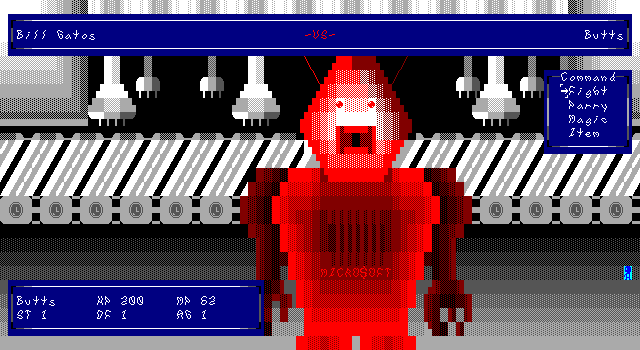 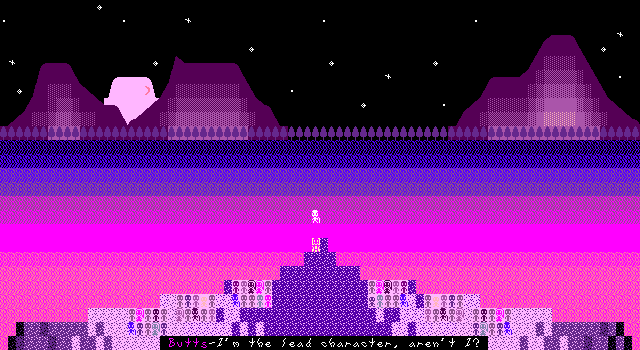 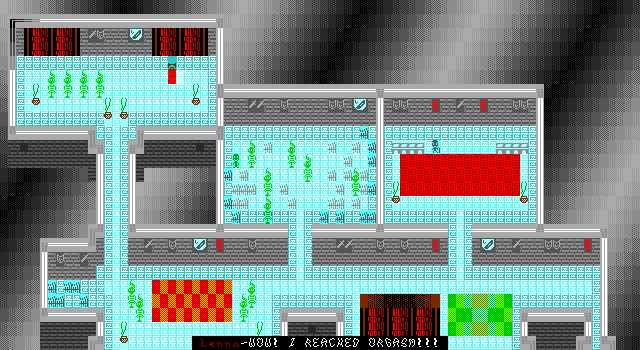  Play online
(slower PCs/tablets may have better results with this link)
No summary available.
Log in to write or edit your review.
VinceP ◪ said:
Link
Posted date unknown
A perfect score for a perfect game. The graphics are simply incredible and well-placed. This game is a huge Final Fantasy spoof. It's one of the only spoofs that actually works well. With three swap worlds, you'll be hooked for hours.
Dr Lancer-X ◪ said:
Link
Last modified 2011-09-26 01:02:47
All told, probably one of Drelick's weaker games, but amid the ridiculous plot and repetitive gameplay, there's quite a lot to like about this game.

Final Fantasy Edventure bills itself as a parody of the Final Fantasy series- on the whole it is not a particularly skilful parody, though there are some amusing moments. It actually stands up better as a game than a parody and it is perhaps to its credit considering Drelick's other work around the same era (Seiken Densetsu: Blade of Islan) that it doesn't take itself too seriously.

Graphical quality varies quite a bit- it's not bad for 1996-7, though not as good as the graphics in Blade of Islan. The chief issue is really the use of garish colours, probably most blatant in some of the indoor levels (Satan's Lab being easily the worst offender.) Other levels have different levels of visual quality, ranging from 'alright' (Cleft of Dementia, Forest of Licks etc.) to quite good (Mount Calvin, Mana Cactus etc.) The world map looks decent, with some nice shadow work going on around mountainous regions. The CGs (the still graphics used in cutscenes and in boss fights) also vary but several of them look quite nice. It's sometimes a bit hard to tell exactly what you're looking at, though, especially in the boss fights.

Music selection is reasonable and inoffensive- most of the tunes are quite nice and none spoil the atmosphere. Sound effect selection is at times a little more problematic, but allowing for the fact that it is purportedly a comedy game, not too unexpected (the sound effect that plays when you enter/exit a location sure is annoying, though.) You quickly get sick of the 'pain' sound on taking damage in boss fights too.

Gameplay-- at least, most of the gameplay (I'll get to the boss fights in a moment) is most kindly described as 'default.' You fight a relatively small range of built-in enemies with unlimited built-in bullets- they aren't even a particularly challenging selection or used in an interesting way (see: Fallen) so these enemies essentially amount as nondescript things that get in your way as you clear through the levels. This is not necessarily that much of a BAD thing- if shooting built-ins was so horrible we'd never get through Forest of Ruin and you can certainly do far worse (taking away the default bullets and giving the player a horrid sword engine after the first third, for example- see: Blade of Islan) - it doesn't exactly make for engaging gameplay, though- with one exception, Satan's Lab, which features the most dreaded built-in MZX has to offer; the invulnerable ghost. Eek. On the whole though levels just feel like a chore you have to get through. Rather than healing up through pickups, you can use healing items you've previously acquired through treasure chests scattered throughout the levels and by buying from shops in towns. Each town has an NPC that will exchange score for coins, giving a good reason to hunt down those built-ins because the items can be quite essential.

Boss fights are conducted through a 1v1 boss battle system, similar to the final bosses of Engine and Blade of Islan, athough this battle engine offers a good deal more variety due to having variable stats, spells etc. Being 1v1 there's relatively little room for strategy here and your chance of getting through the battles is fairly strongly dependent on the stats you allocated at the start of the game (magic is the only way you can efficiently do damage to these bosses so it's really the only thing you want to use.) The graphic used for the bosses is a full-screen image, in the same style as the cutscene graphics described before, so they vary in quality but generally look quite nice. Pretty much all spell effects are just a palette change and a single frame of overlay (less detail than the ones in the original Engine, but this has far more spells.) You acquire spells throughout the game by finding them in treasure chests.

The main highlight of this game is honestly the progression- the game is lengthy (191 boards), has a variety of locations and the sort of branching narrative not seen again until Bernard the Bard in 1998. Broadly speaking, the game has two main 'routes', the branching point being whether or not you try to visit a nondescript cave while heading to another location. If you don't, you get what is essentially the 'canon' story, which is fairly straightforward and covers the quest to get the Japanese video game companies of Squeersoft and Unix to release their games in English. If you do visit the cave, you get a longer, more interesting quest that consists of a sequence of towns and gameplay levels at first, then branches out, letting you explore the larger world and take one of four different paths to the final dungeon- this affects the ending you get, although there isn't always a coherent link, story-wise, between the route you took and the ending you get. The final dungeon is the same for both overall routes and there are a total of five endings- one of the first route and four for the second route.

While there are certainly better ways to kill a couple of hours (I'd probably recommend the Engine games and the Kikan remix over this) overall it is enjoyable and engaging enough to keep you interested enough to play until the end and there's certainly plenty to see and do here.