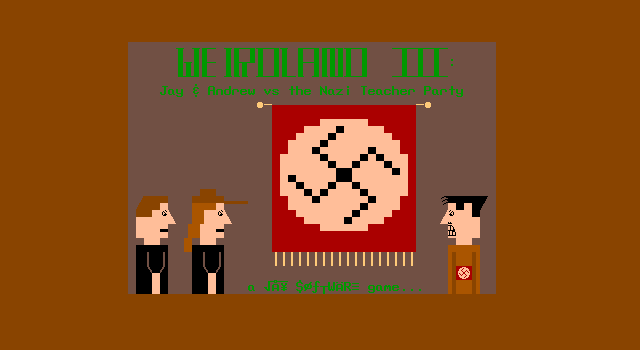 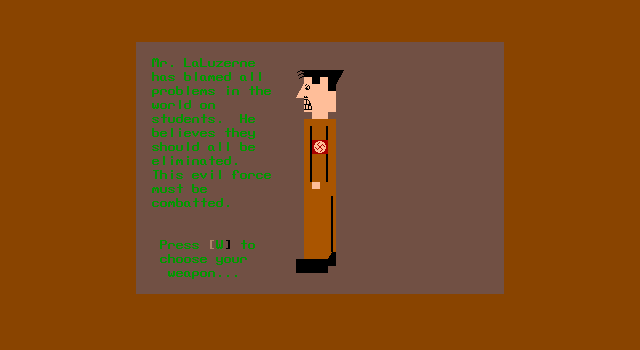  Play online
(slower PCs/tablets may have better results with this link)
This is a game was never finished, but has most of a title sequence and some maps to wander around. A high school history teacher goes Nazi during a World War II unit and it’s up to you and your straw wrappers to stop him and his followers from eliminating all students, including you and your friend. Pretitled Weirdland III but not part of a series.
Log in to write or edit your review.
Goshi ◪ said:
Link
Last modified 2012-04-24 14:56:23
Suddenly; an evil sinister monster emerged from the ground. His appearance was fearsome, his cry struck fear into all who heard it. The beast's rage planted a single star on to the city left to scar and torture them for all eternity.

The beast's cries were like "Nothing but empty rooms to explore" and "Bland, repetitive graphics".

Upon finishing its horrible beast-like cries the beast roamed the land once again look for more places to terrorize with his horrible one star curse.