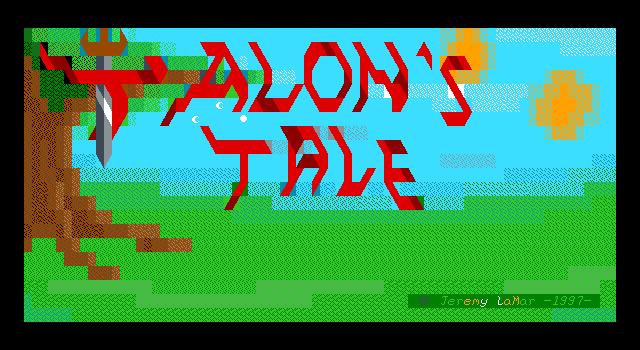 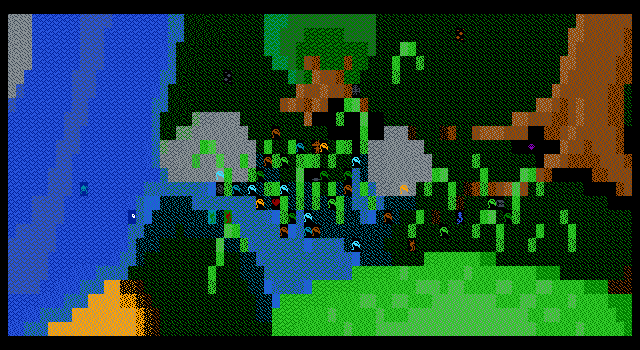 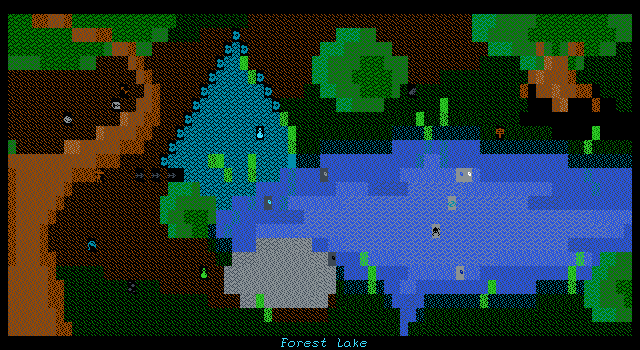 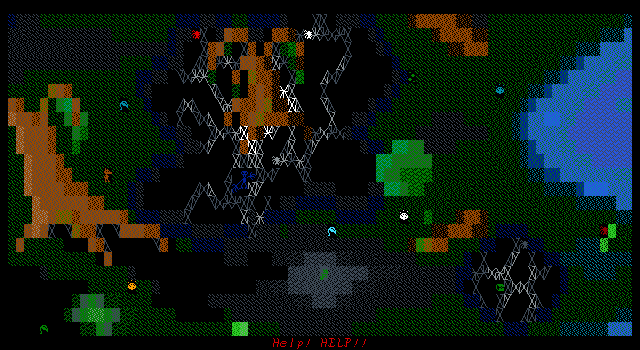  Play online
(slower PCs/tablets may have better results with this link)
No summary available.
Log in to write or edit your review.
Baby Bonnie Hood ◪ said:
Link
Posted date unknown
Before Bernard the Bard, there was Talon's Tale. This is the story of a kobold in the fantasy world of Ocean. Armed with his bow and arrows, he sets out to find a way to stop an ancient evil that threatens the land.

This game has no shortage of quality; every board is a sight to behold with amazing graphics, and the setting is immersive as you travel the land and encounter elves, a dragon shopkeeper, built-ins with exotic appearances, and magical artifacts to find and purchase. The audio's pretty good too, with PC speaker sounds that differ from the MZX default. Just a fair warning though: you might not get POPCORN.MOD out of your head after playing this game.

And the quality extends to the gameplay as well; Talon can jump high to traverse obstacles in additional to the default moving and shooting, and battles against enemies both small and large (they break up a little, but eh) get pretty hectic.

...perhaps too hectic. Like Bernard, Talon is a difficult game; possibly even more so. Ammo can get sparse, gems and coins to buy ammo with can get sparse, and bosses take a ton of hits to kill (about a hundred on average, and the final boss takes a LOT more than that so better stock up!). The backtracking to buy more ammo and then getting back on track can get pretty tedious too, it's quite a large place. One thing does address the currency issue somewhat: You can trade one life for a lot of coins. Yeah, you're basically selling your soul; but better than losing that soul to that boss who just won't die, right?

Oh yeah, and one specific issue. The enemies, while differing in name and appearance, are practically built-ins. Sadly, they include invincible ghosts, seeker-shooters, and slime. The slime are especially aggravating; only a few boards have them but they'll completely cover those boards, and if you don't nip them in the bud you'll end up wasting even more ammo just getting through the now-all-breakaways board.

Overall, Talon's Tale is an excellent MZX game and should be played at least once especially if you loved the creator's later game (you know which one). Just be prepared to save and load a lot, and make all your shots count. All of them...
Zinfandel ◪ said:
Link
Last modified 2019-03-10 18:43:55
This game is very pretty, and has a great atmosphere, but unfortunately, there are a number of gameplay issues that bring it down. As mentioned in Baby Bonnie Hood's review above, you will find yourself starved for resources often, so you will find yourself regularly having to run ALL the way back to the shop to buy ammo and bombs. Not enough coins? Hope you enjoy repeatedly scrolling through the shop menu to sell your gems, one-by-one!

Also, the aforementioned giant bosses sometimes get kind of spammy with their attacks, and/or are able to arbitrarily stun you no matter how near or far you are on the board; sometimes they do this several times in a row, and/or block your precious few projectiles with things like fireballs, lasers, seekers, or explosions. They may look impressive, but many of the bosses simply become frustrating to fight because of this issue. Of special note is the Kraken, who has a tendency to be invulnerable or out of the arena for up to minutes at a time, and teleport around its lair on a whim; this is in an arena where there are very few places that you can actually shoot from, due to the fact that you cannot shoot from water tiles.

In addition, there are a few boards that have slime enemies that can easily get into the open and out of control. In a game where your munitions are limited, this is a VERY BAD THING. You basically have to either know what boards have slimes in advance, or save before you enter each board and find the best place to get to the slime quickly and deal with it... and heaven forbid that the slime is invincible and/or does contact damage.

In conclusion, Talon's Tale is a game that starts out promising much, but, unfortunately, largely doesn't manage to stick the landing. I recommend at least taking a look at it, if only to check out the interesting lore... but if you feel a drive to actually beat it, either save obsessively and hoard your ammo for all it's worth, or use F11 to maintain your supplies.

E: My original score of 2 stars for this game was probably a bit harsh. There is clearly the potential for an excellent game in this, but it's held back too much by its flaws.