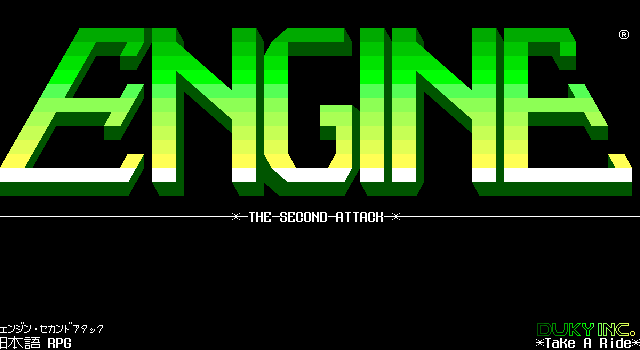 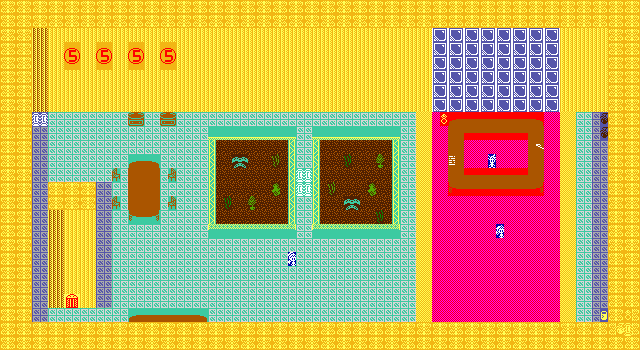 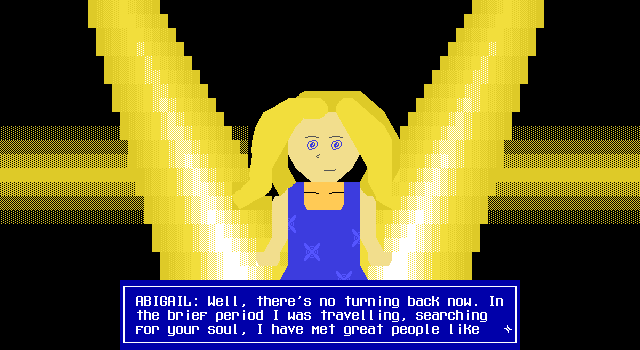  Play online
(slower PCs/tablets may have better results with this link)
No summary available.
Log in to write or edit your review.
samtam90 ◪ said:
Link
Posted date unknown
The greatest RPG game ever for megazeux. It has great gameplay, graphics and amazing sound which never gets boring. The gameworld is vast and the storyline is fantastic. There are also lots of secrets, sidequests and minigames. Download this one now!
Goshi ◪ said:
Link
Last modified 2012-05-16 23:52:13
OH NOES COUNTER REVIEW

Guy says bad sound, whilst it is true a lot of the sound is poor but some it is good, the ring and potion sound effects are nice although the ammo sounds like your collect water or something. Although the music has some good points too, the forest music is good as is the beach and tower music. The rest is fairly poor otherwise. The GREAT READY TO BOUNCE did tick me off.

Graphics are FAR from annoyingGuy, the graphics in this game are strong while it is true it is hard to navigate but it doesn't retract from the game as it is easy anyway.

Repetitive bosses, well Triton did have a fair variety same with the final boss but yeah I would agree with that statement too.

Boring enemies, this is classic MZX action Guy. Asking for crazy powerful enemies like Bernard the Bard is a little overboard. Besides rather than boring I would say repetitive. At least they change appearances which is a plus.

Lame characters, let see we got Abigail the lovesick one, Miko the whore, some guy whose name who starts with E who's the disco guy, Kylie the mysterious one, Dan the hang out one. Yeah poor cast indeed.

Although you can't consider this an RPG this is more a MZX action stlyed game. While it repetitive the puzzles keep the gameplay up anyway, and it showcases a few nice engines and such. Otherwise tihs game is simply average but it is recommended. (It did win Gold Amperstand in the 2000 MZXEA, think about it.)
Kewlio ◪ said:
Link
Last modified 2012-05-17 00:08:03
Rather silly, but a great game nonetheless. The opening storyline will make you facepalm, but then, there's plenty of game to play. This game will have you explore it just to find every last secret, and revisits parts of the first game, which, in this game's case, was done just right. The next-to-last area in the game is rather difficult to traverse, however, if you don't know exactly where to look.

...yeah, that was corny. Like the dialogue in this game.

Anyway, this is the sequel to the first Engine. It's also a standard MZX adventure game (and yes, a big one too), and it's also very Japanese. Once again, you wake up, do house stuff, and then go out to adventure. Well actually, a date. But that date soon turns to adventure, and you really must see for yourself just how said adventure begins.

This sequel has some vast improvements over the first game. With the default MZX charset replaced with Drelick's own graphical style, the game more than ever looks very much like a JRPG; it complements the JRPGish story and setting very well. The music might make you want to dance at a night club later. And gameplay is once again like something out of a JRPG only with typical MZX shooting fare (and this time, no RPG battles at all). There are towns to visit, dungeons to explore, monsters to shoot, people to talk to, and puzzles to solve. There are also other characters to gather, and a few familiar faces to encounter... but remember, disregard the best ending of the first game.

Overall, it's pure Duky goodness. But if you're not into that Japanese stuff, it's still a great game in its own right. Take a ride...