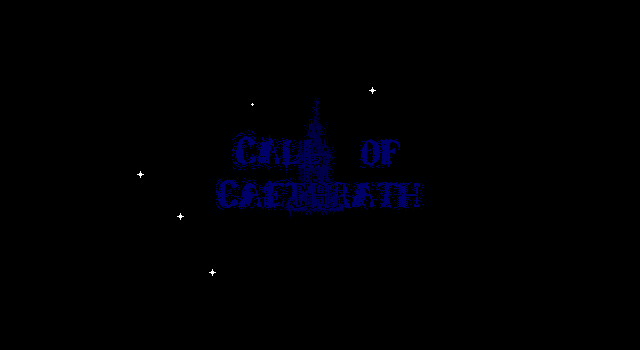 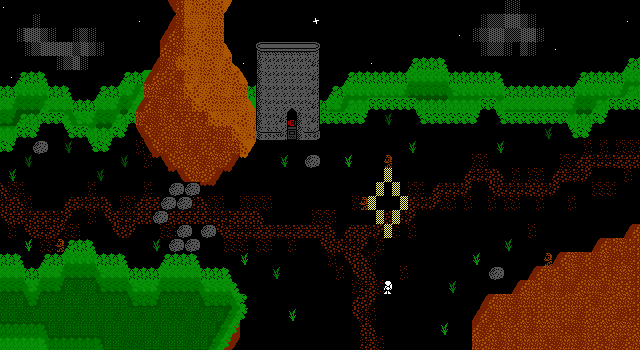  Play online
(slower PCs/tablets may have better results with this link)
No summary available.
Log in to write or edit your review.
Spike ◪ said:
Link
Last modified 2012-05-16 23:45:31
This could have been a classic! I can tell a lot of work was put into the game. The graphics are very good and consistant throughout, and I didn't really run into any major bugs. The humor does fall flat more often than not, but that's common in many MZX games.

The problem is the difficulty. It seems like Jauhis wanted to make it challenging, but then went too far. There is a lethal combination of lack of ammo, difficulty of enemies, and low power of your gun that makes the game nearly impossible (at least for me).

I wish I could say I loved this game, because it could've been very fun, but it was too often frustrating to be very enjoyable.
hob nado ◪ said:
Link
Last modified 2012-05-16 23:45:40
This is one of my very favorite MegaZeux games. It just plays very well - it looks pretty, Jauhis did a fantastic job selecting music, the world is fun to explore, and most importantly, the ranged gun with fast bullets is refreshing and challenging after years of firing off generic dit-dit-dit-dit MZX rounds.

As Spike mentioned, it's quite a challenge at times - some of those little twits fire seekers, which are impossible as always to circumvent, but really...I just kept on playing. This is a winner, Jauhis =)
Terryn ◪ said:
Link
Last modified 2012-05-16 23:45:02
Call of Caethrath.

This game is a shooter/adventure game, classical MZX style. The plot is standard, light MZX fare; that is, it's a thin plot which jumps from point to point and attempts to be humorous but it's decidedly hit and miss in the best of cases. (Much of it was probably lost in translation.) Some things like Jauhis's knowing inability to stop using the same damn setpiece over & over again, as well as the "minigame", ended up amusing me, but most of it simply failed.

Thankfully, the plot/writing shows up too sparsely to really affect the gameplay. As said before, it's a classic overhead adventure/shooter game in the vein of games such as Caverns, but the weapon is a decided change - it's a hitscan weapon with a limited range, and it attacks anything that is in its line of fire (regardless of obstacles). It's thankfully upgradeable; it will be able to hit harder and faster (though as far as I can tell, never farther). The enemies have set patterns and hitpoints, and are (usually) not difficult or annoying.

The game's difficulty is somewhat easy, with two small balancing exceptions (and one obvious exception in the bonus area). First, the game starts out with a decided ammo shortage in the beginning of the game; most players will have to use the points machine to make more ammo before the first area is cleared. Once the caves are reached, however, the ammo shortage stops becoming a problem. I almost never had my ammo drop under 200 shots once I finished the cave area. Second, the lava areas in the game can spell a quick death. Thankfully, there are few true opportunities for enemies to push you in, but they're there.

Some other gameplay problems that might cause frustration are the enemies that shoot tons of seekers (they hurt very little, and the shots only appear when you're aligned with the enemy in most cases), the lack of recovery time, and the ability to save only on initially-friendly boards.

Enemy variety is fair - two to four different types an area - and bosses are infrequent and often decent challenges. There are several distinct areas, and seven bonus items hidden among the way, some quite substantial (especially the one in the bonus dungeon).

The presentation is top-notch. It's a pretty game throughout, especially for 1x1, and the sound and music fit the game quite well.