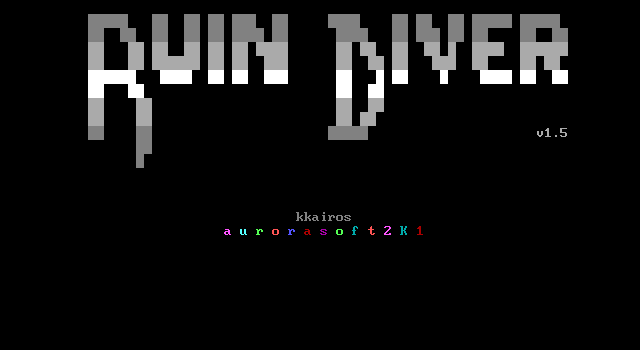 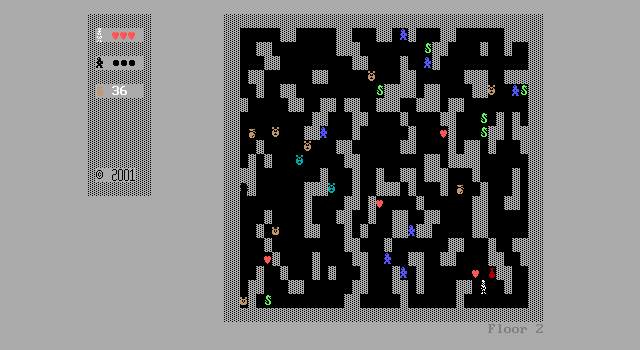  Play online
(slower PCs/tablets may have better results with this link)
No summary available.
Log in to write or edit your review.
ThDPro ◪ said:
Link
Last modified 2012-08-31 18:07:40
I was poised to write a 3 star review of this game after playing it for awhile, but once the bugs became unavoidably numerous, I just had to stop and go into the editor to find out what was going on and whether or not it was actually working. The result of this research: it wasn't. This game is broken. However, what it could have been was a perfectly reasonable, if a little dated game.

You start off on your journey into the ruins for.... some reason I'm sure. Then there are these things that you (can't get but) apparently need. You also inexplicably need to fill a pool for the townspeople, build yourself a house, and an RC farm (whatever that is or does... even looking at the code it's pretty unclear.) and once you have an RC, you can actually complete the game... that is, if the game was completable... which it isn't. Which is really sad, because it's not poorly done! It features entirely built in enemies in environments that make the gameplay half interesting, which is always good to see. Really, I haven't seen anything like it since Fallen.

Anyway, I would've enjoyed playing it to it's fullest extent and being able to finish it, but this game only gets 2 stars.