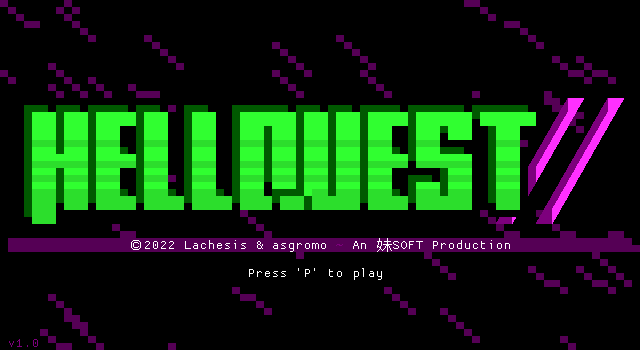 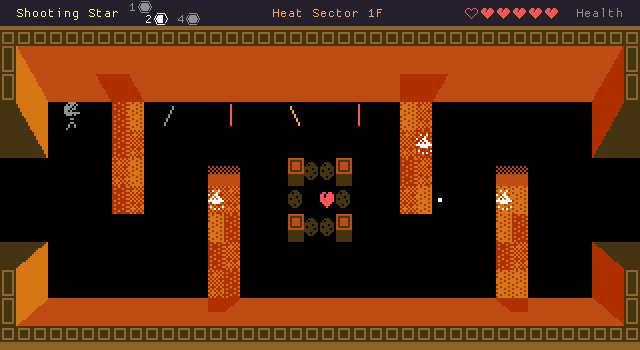 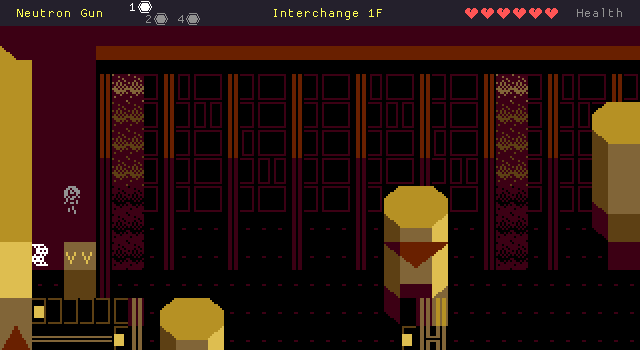 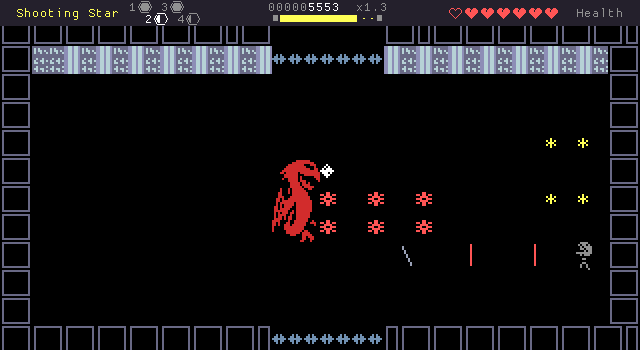  Play online
(slower PCs/tablets may have better results with this link)
Return to HELL SYSTEM on a quest to find your friends!

Strange things are afoot in HELL SYSTEM, an ancient virtual world into which humanity is spreading its influence. Amid a chaotic string of problems, Miranda's friends have somehow been trapped in HELL SYSTEM, and it's up to her to save them... and to find the root cause of all the recent trouble!

HELLQUEST // is classic MegaZeux gameplay, but with a twist: it uses dark reverse send magic and Robotic hackery to scale up a 40x12 viewport and to split it into separate sprite layers. Most enemies are real built-ins and your weapons are a variant of the classic duplicate self technique. Now you have seekers... but so do your enemies!

Version 1.0 fixes quite a few bugs from the beta. See hq2_changelog.txt for more info. To upgrade a save from an older release of HELLQUEST //, copy or resave your save into the new HELLQUEST // version's folder, load the new copy of the save file, and press F5 five times on a save circle.
Log in to write or edit your review.
Dr Lancer-X ◪ said:
Link
Last modified 2022-04-05 11:18:55
NOTE: This review was written for version 0.9 (beta) and may be outdated.
The original HELLQUEST came out (almost) 10 years ago and presented a very compelling incorporation of classic MZX gameplay into an overhead Metroidvania-esque vehicle. It was a powerful mix at the time, and the sequel improves on it in almost every way.

For one thing, the writing has had an enormous upgrade. The story has characters who are fleshed out, have actual arcs etc. There's a lot of text, but it tells an interesting story, and is quickly skippable if it's not your thing. I like a lot of the concepts it brings to the HELL SYSTEM cinematic universe, and nothing feels out of place. There are plenty of references to the original HELLQUEST, in the writing, in the bosses you fight etc. but none of it feels gratituous.

Visually, the starkest difference is in the 2x2 scaling, wherein the action is confined to a 40x12 window and scaled up to fill it. There are also a lot of subtler tricks going on, like foreground tiles being drawn over background tiles with transparency behind them. It creates a very unique look. Mechanically, this has the effect of tightening up the gameplay a lot. Boards can be traversed very quickly and space is never wasted in them. It makes the necessary backtracking a lot more tolerable, and also works well with the classic-styled MZX gameplay, where precision to the char is vital for placing shots and dodging enemy attacks.

The gameplay, as with the original HELLQUEST, is very much inspired by classic MZX gameplay, with many of the enemies you fight being MZX built-ins, which you dispatch using a range of slightly less-traditional weapons. These weapons avoid many of the classic problems of standard MZX gameplay, both the default ammo-limited version (where the difficulty of actually hitting small, fast-moving enemies is compounded by the resource drain of attempting to do so) and the common solution of providing unlimited ammo (which ends up ensuring that you spray almost every enemy and requires a very confining level design to make built-in foes challenging) by providing recharging ammo. New to HELLQUEST 2 is providing individual cooldowns to each weapon, turning combat into a frantic display of rapidly switching weapons and developing a rhythm around the individual cooldowns, which adds a great deal of depth to the gameplay.

The built-in enemies acquire a greater degree of threat thanks to the confined viewport, something Maxim exploited to great effect in Fallen, and they are used in this game very effectively, with a couple of small additions, like the mechanical connection between BearCubs and Bears the game introduces.

The scoring system from HELLQUEST is back, with gaining score rewarded by increasing your score multiplier, which in turn increases the amount of score you get. This continues until it resets back to 0, which happens upon taking damage or loading your game. There are also several opportunities to spend score in order to gain some benefit later on in the game.

One thing HELLQUEST 2 does lack is the Underworld from the original game. Some parts of it do appear to have inspired the final section of the new game, but the Underworld with its score-gated locks and tight gameplay requiring absolute devotion to the score multiplier is no longer there. To be fair, Cave Story was 7 years old at the time HELLQUEST was released, and it's now 17 years old, so perhaps the relevancy of this section has faded. HELLQUEST 2 does make up for it with plenty of other optional sections comprising a significant chunk of the overall game.

The soundtrack is great: there are a lot of tracks, it's a mix of entirely new pieces and pieces that are based off tracks in the original HELLQUEST, and it all slaps.

Overall, a fantastic work by Lachesis and asgromo. Very little can be done to present classic MZX gameplay in a more positive light than this.