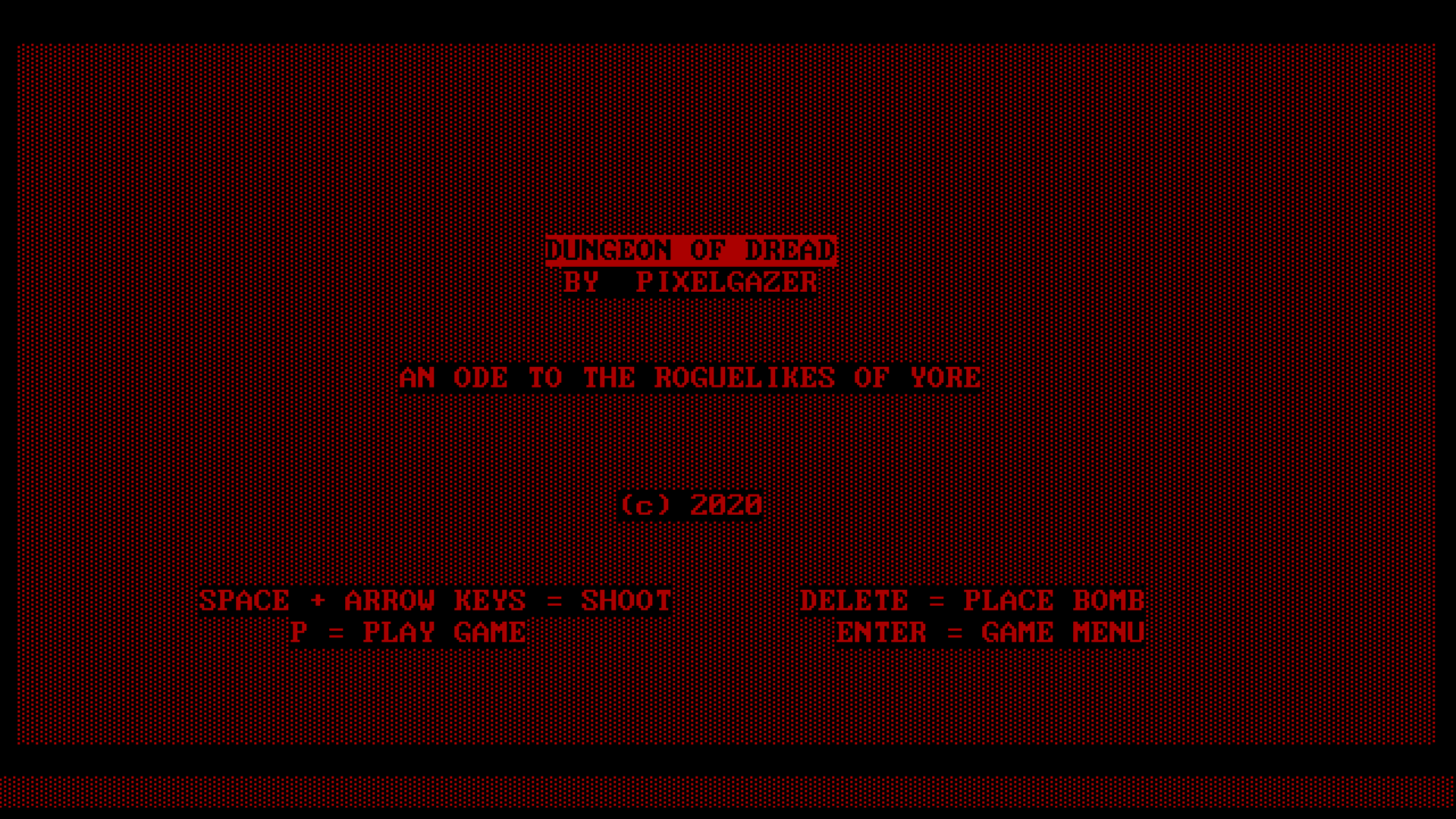 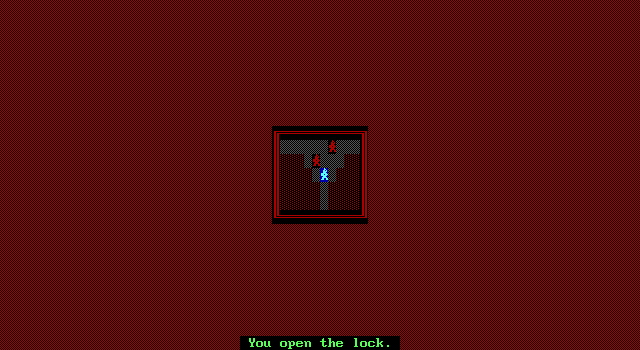 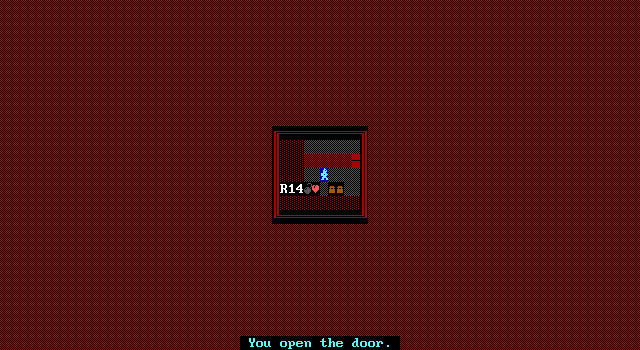  Play online
(slower PCs/tablets may have better results with this link)
My first attempt at an MZX game. This was completed last April but is officially being uploaded/released now.

It's a single-level attempt to recapture the clunky glory of old school DOS-based roguelikes and dungeon crawlers of the 80s.
Log in to write or edit your review.
Old-Sckool ◪ said:
Link
Last modified 2021-05-26 22:16:32
Dungeons of Dread is a fairly miserable one board maze game, composed of (almost all) default built-ins and the color red. The uncomfortably tight 11 by 5 viewport makes it easy to blunder into enemies in the vertical axis and hard to gauge where you can go in some of the larger rooms.

To the game's credit, it is at least playable. The maze is mostly linear, and rooms are numbered sequentially to where you can figure out where you've overlooked a path, and ammo is not as scarce as the game leads you to believe.
Maxim ◪ said:
Link
Last modified 2021-05-26 23:58:45
Dungeons of Dread is an interesting take on Megazeux's built-in system. It uses an extremely low speed setting to confine the game to a small viewport in a single, dense board. The only enemies are goblins and snakes, and the game is mostly a key hunt. The only robotic code I could find is a command to set the game speed to slow.
I'd like to have seen both the viewport size and the speed bumped up by 1. It's a little too slow and unforgiving. Because there's more ammo than the game suggests, it's not a bad idea to throw a bullet or two down a hallway that's longer than the viewport. The graphics are very basic and could have done with at least some color changes along the way.
The single, winding dungeon board in the game is about all it needed. The novelty probably would have worn off unless later levels had more items and features. I'll give the author points for having secret and optional areas, at least.
I must assume this is one of the author's first games. In that context, it's a good start. It's nothing too exciting, but doesn't have any fatal bugs or design flaws. And the low speed/cramped areas gimmick is fun for a while.
Lachesis ◪ said:
Link
Last modified 2021-05-27 00:24:46
I played this game when it was originally uploaded to the MZX Discord in 2020, but for whatever reason neither the author nor I got around to uploading it to DMZX until recently.

For how "low tech" and clunky this is in comparison to pretty much every other MZX game ever, it manages to stay fairly engaging with exploration and secrets. This game uses a low MZX speed (8) to simulate roguelike turn based movement, which works to some degree but also makes precise movement and reacting to enemies a chore. This game doesn't overstay its welcome, however, so you aren't forced to spend enough time with this mechanic to truly get angry at it.

A recommendation to the author: check out the Etsy games BKZX, where multiple games implemented a "roguelike" mechanic using the FREEZETIME command. This might be more in line with the kind of mechanic you were trying for.

This game is interesting as a roguelike "demake" or "no-tech" demo. I think it's worth checking out, even if you don't bother to complete it.