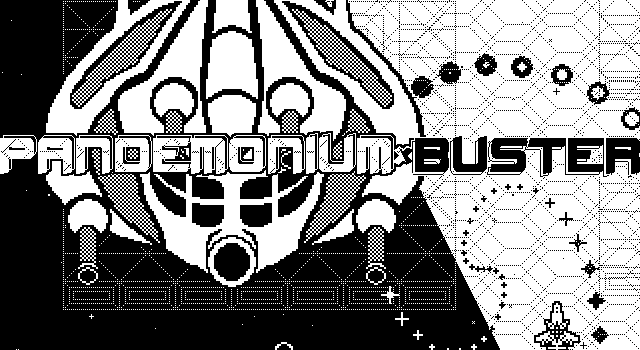 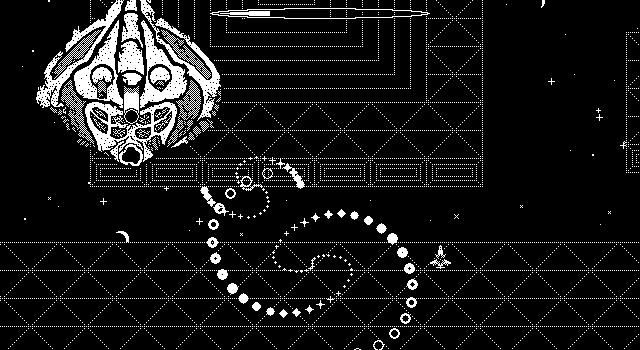 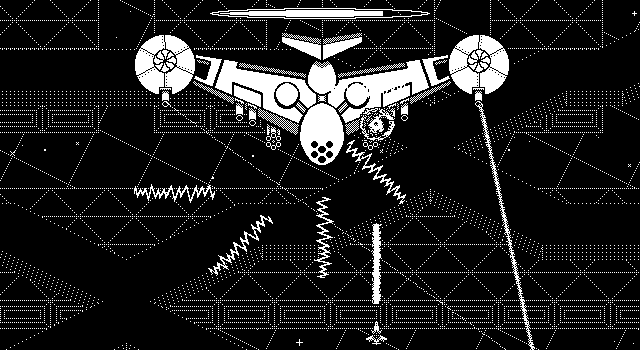 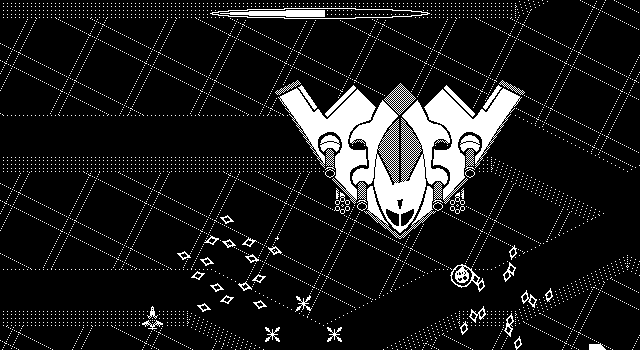  Play online
(slower PCs/tablets may have better results with this link)
You've managed to steal valuable technology from a top-secret research output deep within enemy territory, but at a great cost; your advanced stealth craft only has ten seconds of hyperdrive fuel left; not enough for a jump.

What's worse is that the enemy knows you are here and is sending powerful combat ships to intercept you. You will need to break through in order to return this valuable technology to Earth.

Successful use of your remaining hyperdrive fuel is key to your success. While you cannot engage in a hyperspace jump, you can temporarily shift into inverse space, allowing you to temporarily avoid destruction. However, you can only engage it for a total of ten seconds before you run out of fuel.

The energy requirements to keep the hyperdrive fuel stable on such a small ship means that most of your weapons systems are locked down while the fuel is present. Conversely, the more hyperdrive fuel you use up, the more powerful your ship's arsenal will become.

Changes in v1.1 include:
- You can configure the hyperdrive timer to be always shown (in the corner of the screen when not in use) from the configuration screen.
- If you exit the game or die while playing from Stage Select, you will return to the Stage Select screen.
- Stricter collision detection between the player and enemy bullets. The player hitbox needs to be colliding with a bullet or enemy for two consecutive frames before it will count. This will prevent you from being destroyed by bullets that barely clip you.
- A bug where the player attack or hyperdrive would continue for a short amount of time after exiting the game while firing/using the hyperdrive and then starting a new game has been fixed.
- A bug where the wrong player graphic would be shown during firing has been fixed.
Log in to write or edit your review.
coleev ◪ said:
Link
Last modified 2021-05-22 00:49:19
Shows that Megazeux is darn beautiful 25 years later