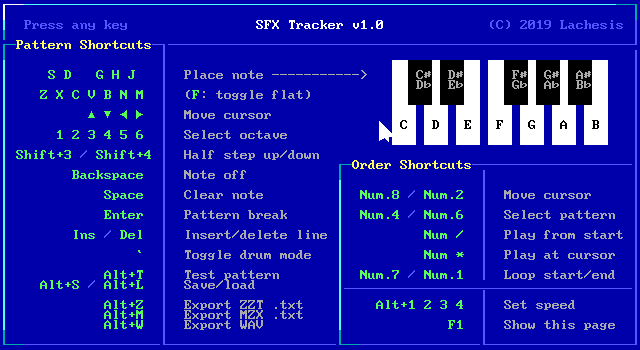 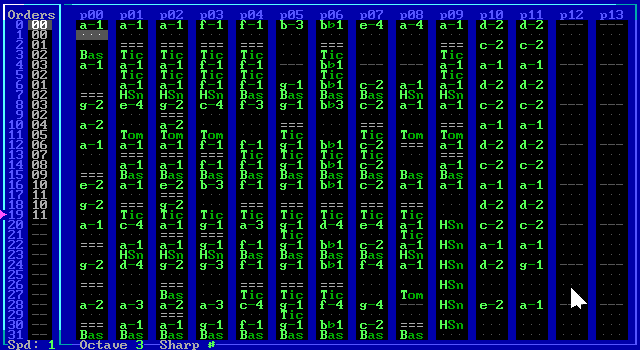  Play online
(slower PCs/tablets may have better results with this link)
A "tracker" for MZX play commands and/or ZZT #play commands. Not guaranteed to be particularly usable. Works from the web player, but it's recommended that you download it so you have access to any files you save.

Was used to create the soundtrack for Lancer-X's excellent game For Elise, available on the Museum of ZZT: https://museumofzzt.com/file/f/forelise1.5.zip

All original music files from the For Elise soundtrack are included.

Parts of the .WAV export code are based on code from MegaZeux (likely written by Exophase). A copy of the GPL 2.0 is included in the wavexport folder.
There are no reviews for this record. Log in to write one!