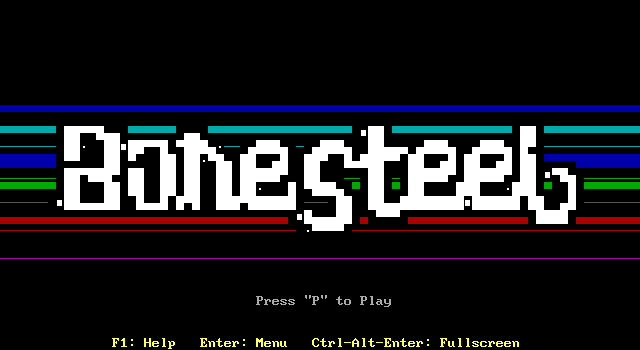 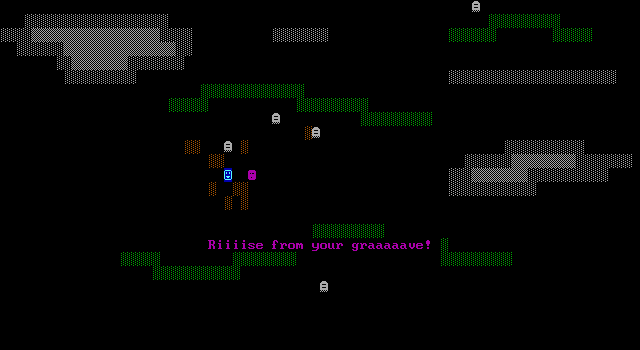 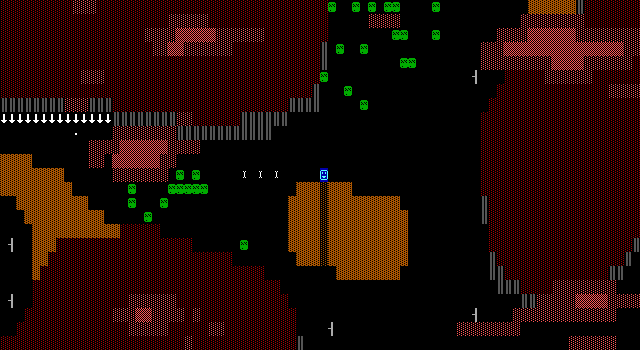  Play online
(slower PCs/tablets may have better results with this link)
Bonesteel's ordinary life as a skeleton in the land of the dead is suddenly interrupted by a vengeful ghost and a haughty necromancer. Can he find his way back home, or is some greater adventure in store for him?
Log in to write or edit your review.
Frankie ◪ said:
Link
Last modified 2018-04-18 20:49:07
Excellent action-adventure, with a weird storyline, funny characters and a wholesome message! Run & shoot in the name of friendship!
GetDizzy ◪ said:
Link
Last modified 2018-05-08 08:02:56
Short, sweet, amazing. I played this on stream and was laughing my ass off. Great music, simply old school MZX gameplay. Don't expect anything too hard, really. The boss fight near the end is the only difficulty there is, and that was still pretty simple. Neat little story, even if it seems cheesy and weird at first.

Five stars, all the way.
Terryn ◪ said:
Link
Last modified 2019-08-05 23:37:10
Bonesteel is a short and mildly interactive game that mainly focuses on its narrative. Think Bramble's later works, but 100% CJA. Nothing in it is really exceptional in any aspect, but it's a solid (if very easy) experience, has personality, and is worth playing overall.

3.5 stars (rounded up to 4)
hseiken ◪ said:
Link
Last modified 2020-07-07 01:52:10
Just leaving this here to let the powers that be know the web player makes this game softlock after the first fetch quest. Returning the items to the 'mistress' loops their dialogue for infinity. Seems like it'd be a pretty funny game. I'll try the offline version.
Lachesis ◪ said:
Link
Last modified 2020-07-07 05:41:49
Bonesteel is a relatively short but adorable game where you, a 💀🎺, are summoned from the land of the dead for reasons. This game is wholesome and entertaining and not particularly difficult (expect nothing harder than shooting some built-ins).

As pointed out above, there is a softlock in this game due to a programming error in the game (not caused by the web player). Do not talk to the necromancer from the right after the first fetch quest.