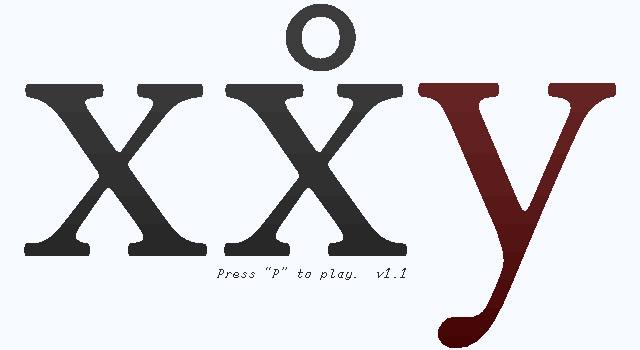 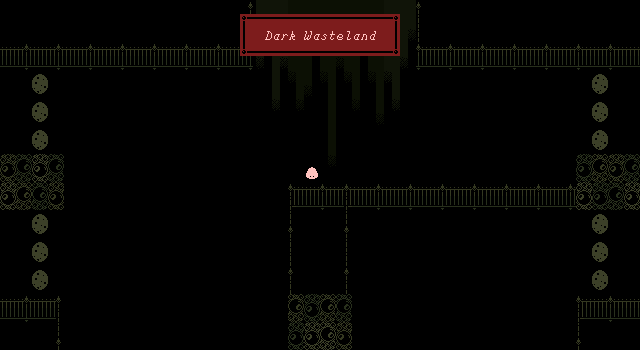 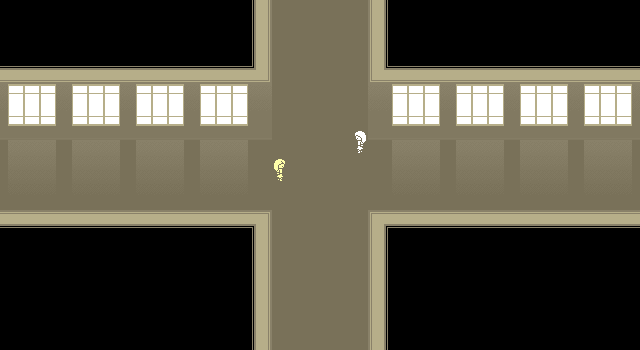 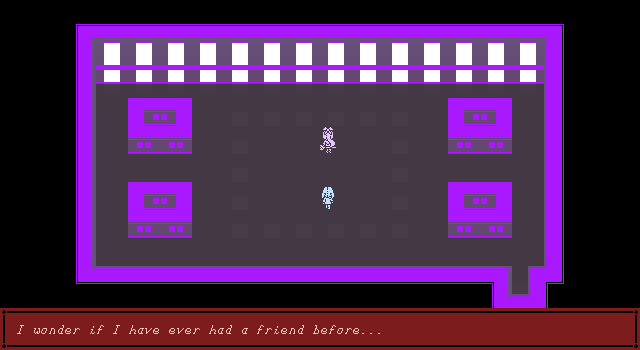  Play online
(slower PCs/tablets may have better results with this link)
Take the role of a shape-shifter trying to find their identity amidst a bizarre world...and who's this magical girl "Francesca"?

2015-03-07: xx̊y v1.1 fixes bugs, slows down Cultists, and adds mouse support for the slider puzzles. It is compatible with the continue file from previous versions.

Note: xxy_v1.1.zip is the main game file. A map of the game is provided as an optional download. I do not personally recommend looking at the map unless absolutely necessary or until you've finished the game.

Note 2: the game saves a continue file regularly and automatically. After you exit the game, the next time you start you will be prompted to continue or start a new game. This screen also lists most of the controls.
Log in to write or edit your review.
asgromo ◪ said:
Link
Last modified 2017-07-23 20:04:15
NOTE: This review was written for version 1.0d and may be outdated.
Open this one like a package without a return address. Inside is a little mystery and a dozen clues; they distinctly fail to add up. Don't get me wrong; it will all make perfect sense. But it takes a little doing for the pieces to come together.

xx̊y is a traditional MegaZeux inventory adventure game (a very competently assembled one) with a thematic linkage, of extreme transformations as tactical adaptations which are profoundly additive to the experiences of the player character, to MegaZeux's origins in Caverns of Zeux. These deliberate or accidental occurrences, once accepted, are the keys to every door. That's not to imply this is a rare theme in games or art. xx̊y is unusual for having adaptive transformation as its only strongly presented theme, particularly in gameplay.

The exploration plays out on a non-Euclidean landscape that by sudden turns evokes claustrophobia or agoraphobia; a cramped suburb seems not just surrounded by deserts of lethal expanse but also to contain them. Room linkages are regularly impossible or paradoxical, but, despite appearances, do not change of their own accord. Some subtle shifts in time and scale may be interpreted to occur in the background. Others are quite obvious. There are a couple nicely timed scenes of shock horror. You make only one ally, but they turn out to be enough for this story.

The game world itself is an environmental puzzle; with knowledge, the game could be completed almost painlessly in fifteen minutes, missing a few items and scenes. On my first try it took about three hours. I was rarely frustrated, though two unintuitive sections are graceless in their brutality and the distance of their associated checkpoints.

Alice took notes from Yume Nikki and NoahSoft's Morning Star. The key similarity is that xx̊y is a predominantly isolating and hallucinatory experience. It's more upbeat, however, than its influences, and the mood is never hopeless. This maintains it as a game and a piece of entertainment, despite its gloomy subtexts, its loneliness, and the feeling of passive aggression in its dearth of communication to the player.

One last note, on playing: don't take anything for granted. If a challenge appears impossible, there's probably (though not necessarily) a simpler way around it. Keep searching and fill out your map.

Thanks for this game, Alice—this imaginative, striking, and relevant contribution to MegaZeux's long record of young minds in strange contortions.
Dr Lancer-X ◪ said:
Link
Last modified 2017-11-04 01:33:03
xx̊y is one of those games where the narrative is drip-fed to you in a minimalist fashion, with each miniscule revelation further feeding your curiosity to find out what is going on in the story.

Mechanically, the game is a puzzler in which the protagonist can take on the form of various objects that have their own unique properties and special abilities, allowing you to further explore the game. There are many dangers, but death is only a temporary setback. The locations are connected to each other in often strange ways, but this just enhances the mystery and adds a new dimension to your exploration of the world. In addition to the main narrative, there's also a completionist side-quest of collecting all the various forms, many of which are not needed for completing the game, but occasionally convey some benefit making certain parts of the game easier.

Of particular note is the game's atmosphere, which is exceptionally well crafted. Both mystery and horror elements are present, and the game blends the two with style and subtlety. The music was entirely composed by Lachesis and complements the presentation superbly.

I strongly recommend playing this game even if you don't like sliding block puzzles.