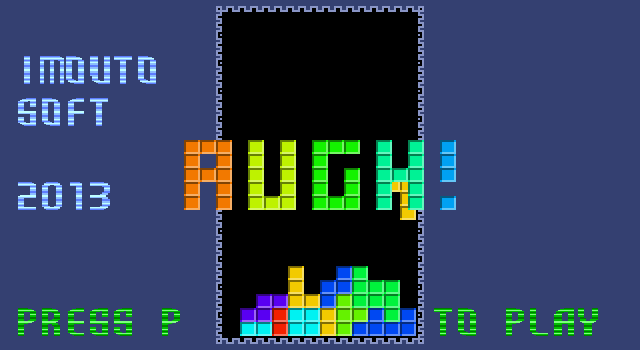 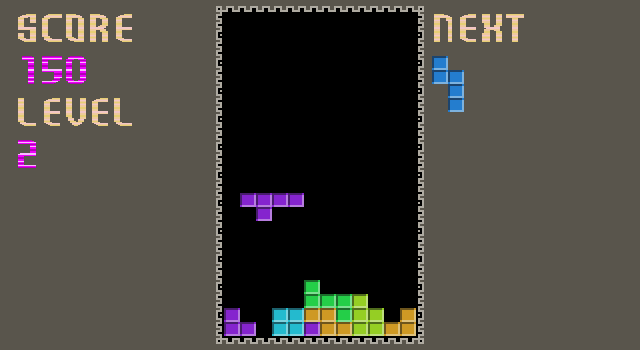 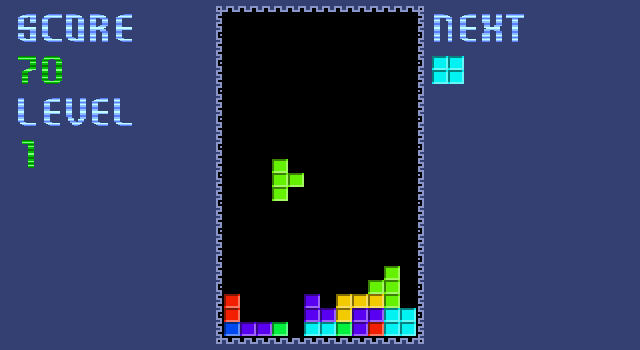  Play online
(slower PCs/tablets may have better results with this link)
Tetris, but instead of the game speed increasing as you progress, higher-order polyominoes start appearing instead.

Use the left and right cursor keys to move your piece, up (or Z and X) to rotate, down to make your piece fall faster and space to drop it instantly.
Log in to write or edit your review.
Lachesis ◪ said:
Link
Last modified 2013-12-08 05:21:35
NOTE: This review was written for version 1.0 and may be outdated.
Ever wished while playing Tetris that you'd had just the right block, maybe one that doesn't quite fit the rules... in augh!, that wish becomes harsh reality as a seemingly innocent game of Tetris transforms into a nightmare where you are bombarded with hexominoes and heptominoes that, despite your best efforts, absolutely refuse to fit into the nice, neat order that you want them to. It's well polished, smooth, and although maybe a little slippery with the horizontal movement, by far the best implementation of Tetris in MegaZeux yet. Four stars is about the highest rating any version of Tetris deserves (unless it was a visual novel maybe)