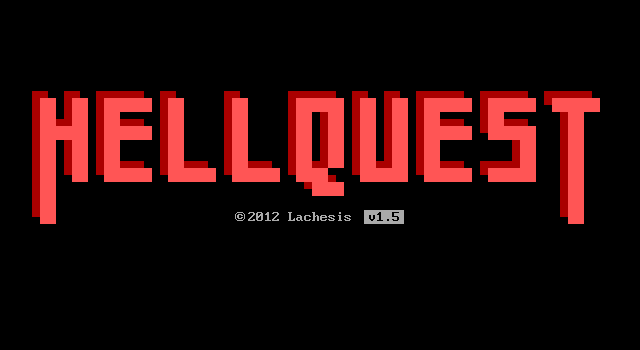 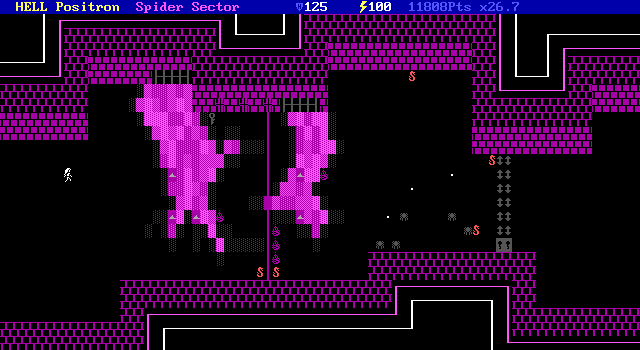 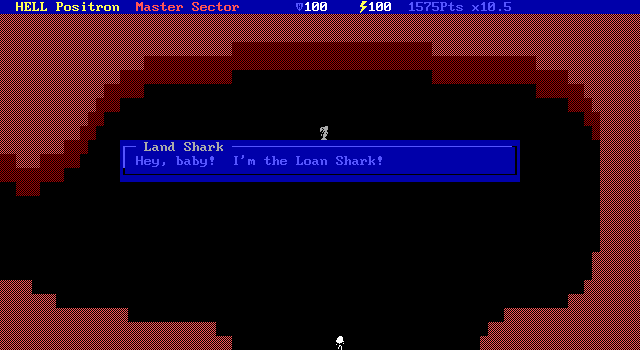 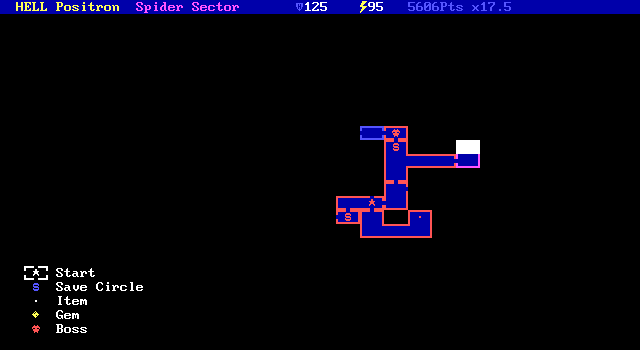 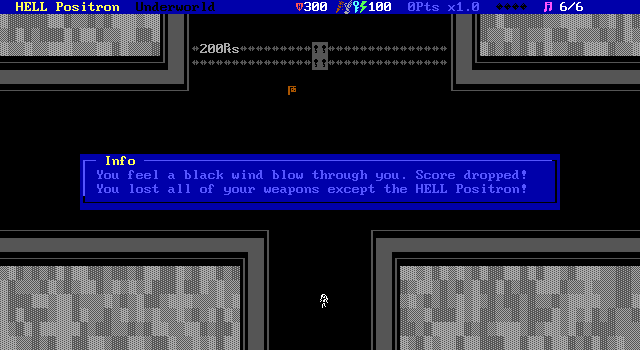  Play online
(slower PCs/tablets may have better results with this link)
You are Lark Anderson... HELL SYSTEM has locked itself down, and your sister is trapped inside. Enter the depths of the extensive and ancient database and restart it at all costs in this classic MZX inspired action game!

Hellquest starts your character Lark out in the HELL system (a sentient piece of software that blahblahblah, you get it), looking for your trapped sister, from there, there's little story interference. You could say that the story is hugely lacking, but the reality of the matter is that the story is just vessle though which the game an progress and nothing more, and I'm okay with a game that isn't story-centric, especially a game like this which features gameplay more than anything else.

On the note of gameplay, this game is incredible. It features five unique weapons, The HELL Positron, (fires moving robots rather than particles, which if you ask me, is pretty damn neat) The HELL Flame, (Spitfire, change explosion to fire), and three others that you'll just have to play the game and find out how awesome they are. Anyways, no single weapon is overpowered, the best method is always switching weapons constantly, although if I had to name a fault, the HELL Device seemed almost useless throughout most of the game, with the exception of one Boss that is a particular pain in the neck. Also, you'd never think it'd be good gameplay to have to change the mzx_speed sometimes, but it totally works for this game.

On the note of enemies, the bosses are all interesting, not a single one is a pushover, the techniques required to beat them are clever but complicated, everything that's needed to keep the game interesting is there. The regular enemies aren't exactly boring, but they do tend to err on the easy side, but not always. (While playing, you'll be cursing the golden dragons.) That is of course, until you get to (if you want to get to it) the Underworld.

The Underworld is an optional part of the game, an alternate ending (or in this case, an alternate alternate ending) where massive hoards await you, and if you get hurt too many times, you'll lose your multiplier and not be able to get out... ohhh... The Underworld it's it's own kind of hard. I recall spending something like 3 hours trying the same thing, which I guess is just a testament to the game itself being able to keep my attention for 3 hours of trying the same thing.

Lachesis said herself that she didn't like the music for Hellquest, but I have to disagree. The music for a game like this is absolutely perfect. It feels old and new at the same time. It adds to the sense that your character is in a digital realm. There are enough tracks and composed well enough that no single one actually gets annoying before the end, which is a tall order for 90s era sounding dos game music, but this does just fine.

The strangest thing about this game to me is that no single aspect of it is incredible, when you put it together, it's just bloody brilliant and there's no one component to the game to which I can attribute that claim. I mean, the graphics work great, but they aren't anything special, the weapons and enemies are clever and interesting, nothing outlandishly groundbreaking, the board design is nothing special, but somehow it works incredibly... This is my favorite release since... I can't think of the last time I enjoyed an MZX game as much as this game. Anyway, Hellquest is great on so many levels, you have to play it, it will be a classic if it isn't already.