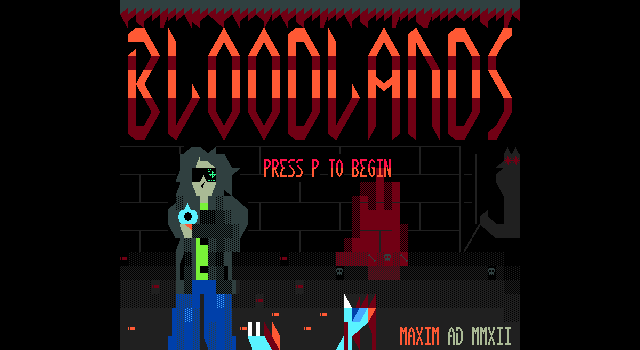 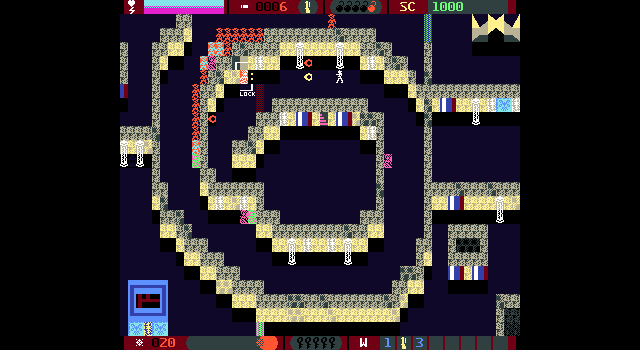 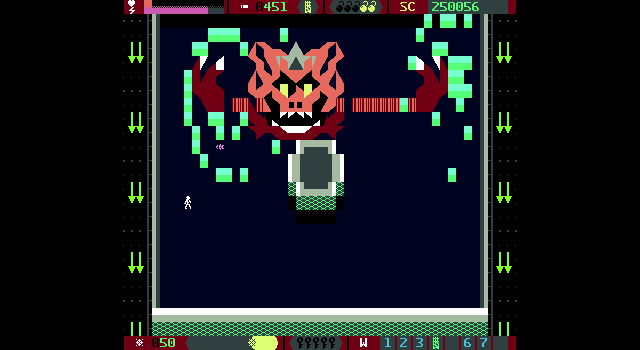 The creatures of the Bloodlands have lived inside the earth for millions of years, expanding their ecosystem by sucking the life force from everything on the surface. Their efforts have reduced the planet to a desert. Your mission is to kill them all and reclaim the earth.

Bloodlands is a manic arena shooter where aggression and risky behavior are rewarded with score and powerups. Be just careful enough not to blow your slim chance of leaving the Bloodlands alive!
Log in to write or edit your review.
Kuddy ◪ said:
Link
Last modified 2012-04-04 10:13:07
NOTE: This review was written for version 3.31 and may be outdated.
NOTE: I may expand this review later. I just wanted to get something out before heading to the city for the night.

Maxim's latest opus, Bloodlands, is easily an early candidate for the best MZX release of 2012, if not the entire decade thus far. This is an absolute must-play masterpiece, and in five years or so, I'm gonna be flying around the world kicking in the balls of every self-proclaimed MZXer who's never so much as downloaded this (regardless of whether they have them or not). Hold me to that!

In terms of gameplay style, it's similar to his 2009 Day of Zeux entry, Achtung!!, which in turn was a throwback to arcade shoot-em-ups like Robotron 2084 and Smash TV. This game, however, is much more refined in its mechanics and ESPECIALLY challenge factor. You're constantly being ambushed by a variety of mooks, each type of which acts differently; some explode when killed, some teleport around the room, and some rarer ones fill the area with a danmaku-style barrage of knives and bullets. You gain more points depending on how quickly you're able to mow down said armies of mutants, up to a maximum of 200, with which you can buy power-ups and additional ammo at any point during a level. In the end, you're forced you to play strategically, master all the game's controls and features, and be on your absolute A-game in order to have any hope of glimpsing the ending.

If you're having trouble getting past the third level or so, here's a few tips:

* Pressing the Speed key (left shift by default) will toggle Speed Control, which increases your movement speed. This is an absolute necessity, especially on the first boss.
* Constantly switching guns is also mandatory. Use the Dual Pistol (key 1 by default) on smaller packs of enemies so you can save your more powerful ammunition for the real clusterfucks.
* Particle effects can be turned off in the Options menu, which will mitigate some of the chaos on the screen and allow you to see incoming projectiles more easily.
* Don't let your points go to waste! If you have 200, you won't be able to earn any more, so you may as well spend them on health or a powerup to keep the flow going. Rapid Fire is my personal favorite.