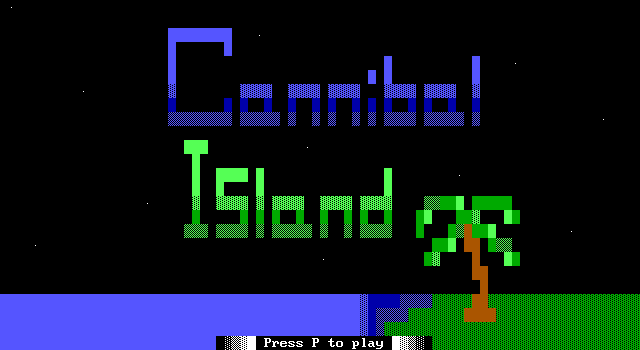 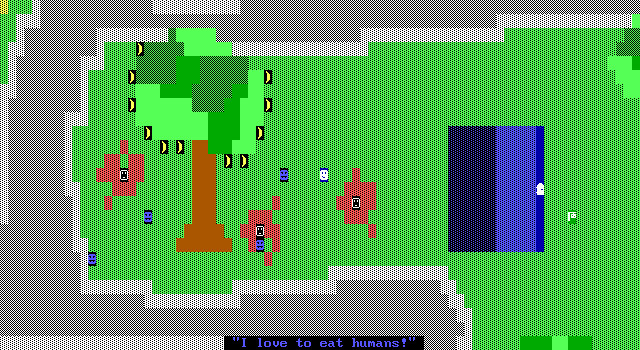  Play online
(slower PCs/tablets may have better results with this link)
A MZX version of a ZZT adventure game. Can you escape the island of cannibals?
Log in to write or edit your review.
Maxim ◪ said:
Link
Last modified 2012-03-21 10:26:12
Cannibal Island is a Megazeux version of a ZZT game from the 90s. When I saw the name I expected a dull straight conversion using that ZZT to MZX converter elsewhere in the archive.

Instead, it's an enhanced version that makes really good use of Megazeux's advantages over ZZT, including tying the overworld into a single large board.

The graphics still look more like ZZT, but there are some added graphical effects too, like on the overworld there's monkey that jumps across three different surfaces. It uses Megazeux's basic advantages over ZZT to deliver the same game, but feels much more refined than the original.

The music and sound is nothing that hasn't been used in at least a dozen other Megazeux games. In this case it's pretty fitting, though!

I have to say that a lot of the dialogue really sucks, but that's not BBH's fault since he didn't write it, and, well... it's still good in comparison to most other 90s ZZT games. And also the cannibals apparently aren't human? It's a little strange, but not bad enough to be obtrusive.

It's a short game, and probably made even shorter than the ZZT version because it's more refined. You'll have beaten it before realizing what you've done. Still... it's fun while it lasts, and there's a lot to do in that short time. Neat game, and a great model for enhanced ports of ZZT games.