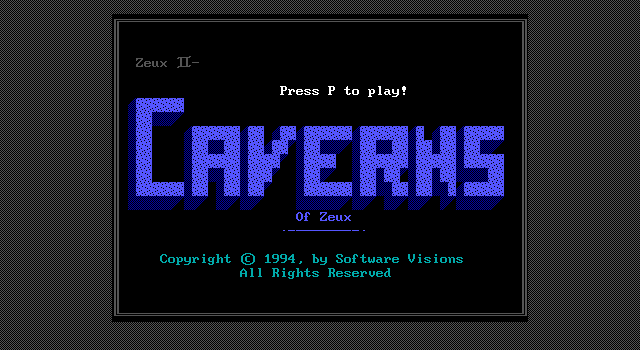 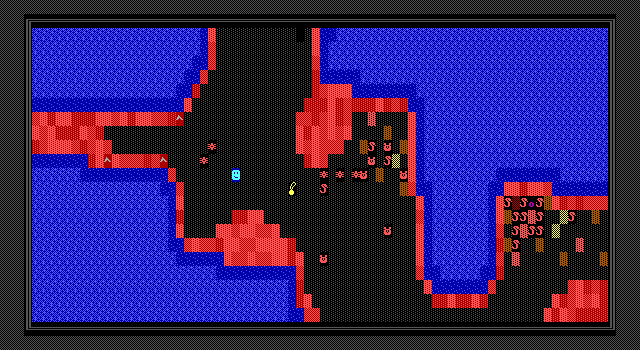  Play online
(slower PCs/tablets may have better results with this link)
Zeux 2: Caverns of Zeux was the first MegaZeux game ever released. It was packed in with all MegaZeux versions up until 2.51, and even today, MZX is still configured to load CAVERNS.MZX by default.

You play as Vince M. Louis, fresh off of retrieving the Silver Staff of Zeux from deep within the Labyrinth in the previous game. While making your way through the tunnel past the altar, the staff goes out of control and fires off several beams of light, causing a cave-in behind you that traps you within the Caverns of Zeux.
Log in to write or edit your review.
Dr Lancer-X ◪ said:
Link
Posted date unknown
Nice, well-constructed game of a decent length and a reasonable storyline. Considering it is one of the first games made for MZX (either first or second, depending on when Tutorial was made), it is quite an amazing accomplishment.
Pancake ◪ said:
Link
Posted date unknown
I'm giving this game 5 stars. This is one my my favorite Megazeux games. It has awesome gameplay which make up for it's somewhat graphical simplicity, and could even get away with built-in object! I thorouly enjoyed this game as well as the other games in the Zeux series.
T-Bone ◪ said:
Link
Last modified 2012-05-17 00:04:05
This was the game that inspired all Megazeuxers. It had a pretty good storyline and even though the enemies were built-in, they were well placed and fit well in the story.

4/5
Kewlio ◪ said:
Link
Last modified 2012-05-17 00:03:59
Most of the community has surely played this game, so no need to get into it too much. This game is sometimes underrated, but honestly, it does pose a pretty solid challenge, even to today's standards, and really gives you an idea of what MegaZeux is able to do. Of course, since then, it can do much, much more. XD