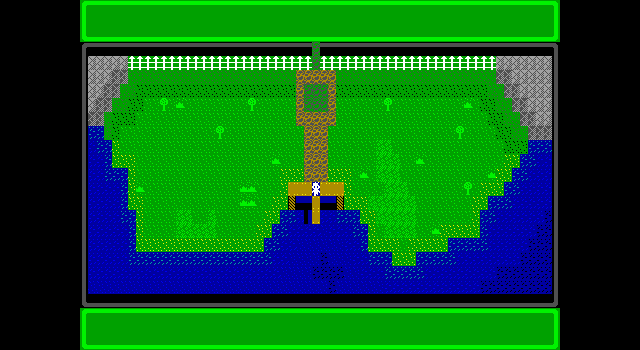 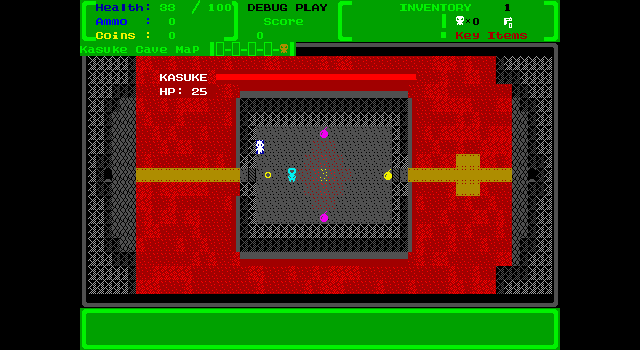 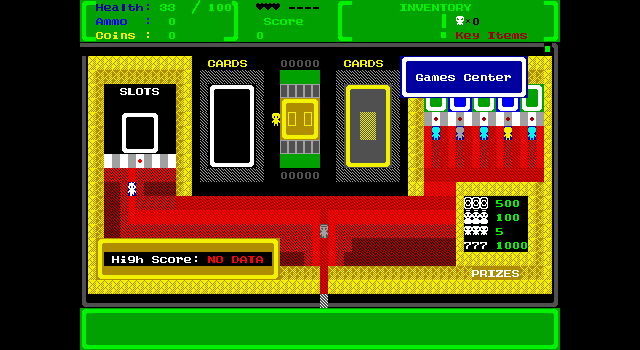 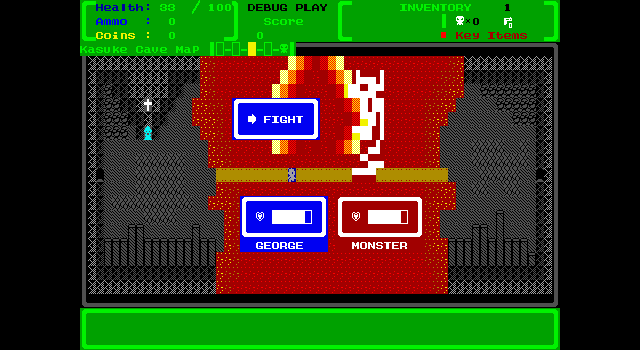 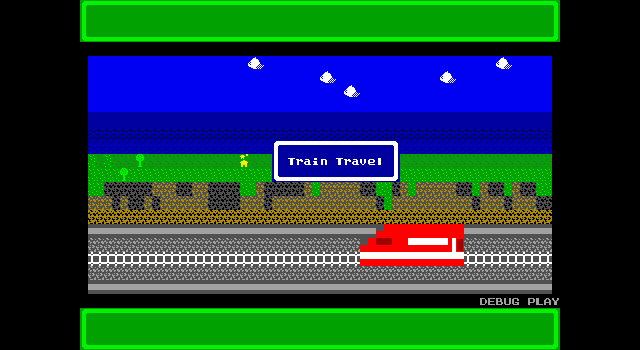 Finally, after many yares being idle, RinGames releases its first full game. This game is an adventure of getting items and traveling back.
It have a "SLOTS" saving feature, minigames and score table.
Log in to write or edit your review.
ThDPro ◪ said:
Link
Last modified 2011-12-24 02:53:46
This is a great game. What's better about it is that it's Rin's FIRST MZX game, and with that considered, it's a staggering achievement. A full length GBA style adventure game, complete with minigames, and decent graphics is not something you even see that often anymore, especially not one of actual quality.

This game features standard MZX gameplay which is used quite well with some halfway entertaining enemies. My only complaint on the gameplay front is that things a tendency to be pretty easy, but not having played it on hardest difficulty, I may be in no position to criticize this. What I'm trying to say is that the gameplay, however standard, was pretty entertaining to me. Other components such as the lantern and puzzles were only quasi-kinda-difficult which spared them from being annoying.

The aesthetic to this game is also impeccable. It features a pretty vast world that spans over 3 continents, each of which requires multiple visits at different times. While the game might be pretty linear, at least the world doesn't shut off behind you as you go along. Also worth mentioning about this game is while the graphics seem to work quite well, they are extremely simple, One main Charset and Palette for the entire game, and it worked perfectly. With a few little edits here and there, they manage to not only be above par, but actually look quite nice. Not saying it's gorgeous work, just saying that I'd ask nothing more of the visual aspect of the game.

The story of this game is where it falters. The motivation of the character seems... Well, absent entirely. One moment goes pretty simply to the next and all that really happens story-wise is a buildup of how evil the bad guy is, and there aint much of that either. The dialogue is, er, not good. However, I'll say that RinGames06's first language is probably not English, and to write anything that works for a game is an accomplishment on it's own. This however, doesn't excuse the fact that there is simply no real story outside of "Let's kill the badguy because the King asked me to and I said yes."

There are a few technical issues that weren't game-stopping or particularly distracting, there were just noticeable enough to say "hey, somethings wrong." For example: a few messages displayed with the messagerow write over the standard overlay textbox making the message impossible to read for however long it takes the message to disappear. Another example, if the torch goes to the edge of the board, the shape of the light case breaks a little bit. Things like that. Nothing too bad, nothing that screams at the player and incites furry.

Overall, I cannot recommend playing this game enough. It's pretty entertaining and sure, it has it's little errors here and there, but regardless of the measuring stick we put to this game, it still entertaining enough for 4/5.