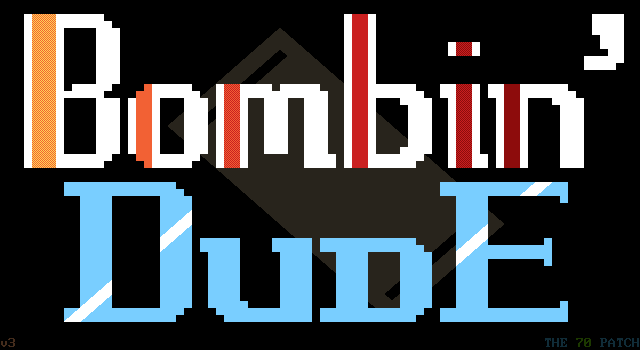 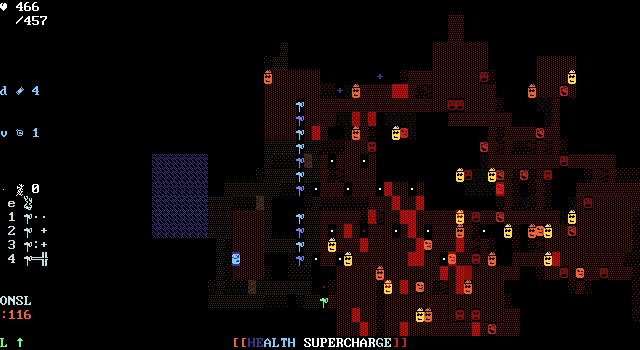 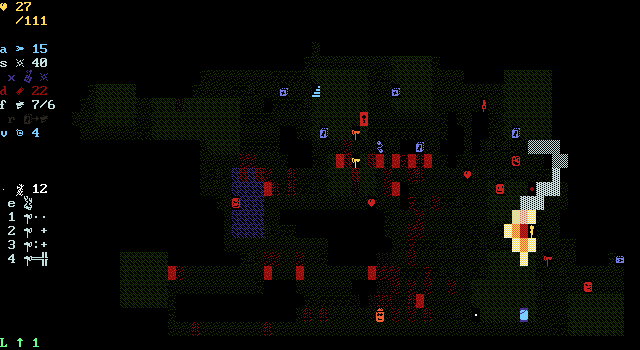  Play online
(slower PCs/tablets may have better results with this link)
No summary available.
Log in to write or edit your review.
weasel ◪ said:
Link
Posted date unknown
Bombin' Dude, a relatively high profile release compared to most of the other stuff that's been coming out lately (mainly CJA's hype on IRC and the forums), is an overhead-perspective random-dungeon explosive action RPG. That may sound like a really pretentious genre label - because it is - but I can think of no other way to describe it.

You begin your game with a small pile of explosive grenades, which can be thrown a set distance forward using the D key. In your continuing quest to Blow Stuff Up(tm), you'll find a wide (and surprisingly unique) assortment of weapons and gadgets, all bound to similar keys. You won't need to fuss with a weapon selection system; each weapon has its own key on the keyboard which makes it a snap to decide which one is best for your situation. And there are a lot of situations in which some weapons may be more useful than others (particularly the Cloud Bombs). And, as mentioned above, the levels are all randomly generated, using a fairly unique algorithm that grants the levels a more organic feel, even if the "rooms" don't necessarily look like real architecture. (That'd be missing the point.)

This game also has some RPG elements; the more enemies you blow up, the more levels you'll gain. This has the up-front benefit of giving you a higher max health, but you can also put a skill point (one per level) into increasing your damage with the various weapons, your damage resistance, and your critical hit ratio. (Speaking of critical hits: beware the grenades' criticals, as they might just consume you with them!)

Graphics use normal mode and some edited smiley graphics, done pretty well and giving the game a uniquely gritty appearance. The selection of colors is really good too. The music makes the game feel slightly more strategic due to its slower tempo and jazzier instruments.

Bombin' Dude is an excellent game worth everyone's time.