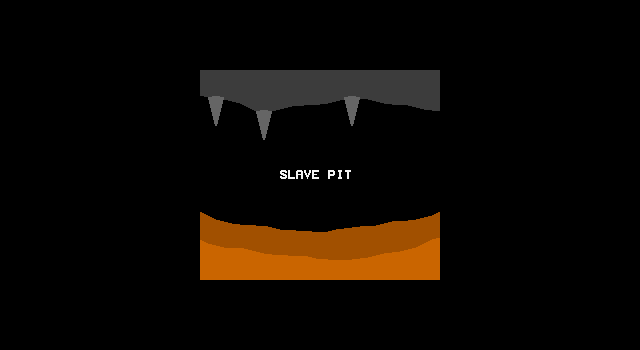 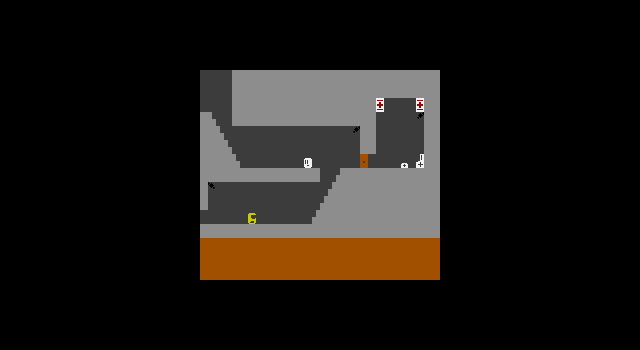 Though it has a rather suggestive title its not really what you think. You take role as this guy who is a slave in a mine and has to go hunt for gold. However during one excavation your superior falls down a pit and your guy decides to use this as a chance to escape. Not a terribly original plot.

The game is a platforming fray in which you move left and right and up to jump. The jumping is different then most games since your forced to jump forwards in the direction your facing. Probably to prevent the frustration Jello caused. But you still have to be rather accurate with your jumps or you'll fall into a spiky doom. The enemies come from bats to spiders to jellyfish to our superiors and you are armed with three weapons of mass destruction.

Pick Axe - Totally useless since its range is close and just puts you in danger.

The enemies themselves are quite challenging. You can jump on enemies to kill them but this is near impossible due to the nature of jumping. In this case combat is pain early in the game since its impossible to even kill anything nor survive from anything. Big problems there.

Graphics are of MZX standard of solids and such. They're clear which does matter but they're not very good looking.

Overall the game is good but the difficult is quite steep and the graphics are terrible. Look I only reviewed this to get CHEZZY to be quiet, okay!?

Possibly the best game since Demon Earth.
T-Bone ◪ said:
Link
Posted date unknown
I think this game was kinda cool. CHEZZY's always been great at making side-scrollers and this one won't disappoint you (if you can tolerate its extreme difficulty level).
FaNToM ◪ said:
Link
Posted date unknown
I just went back to play this and I have to say that it is just awesome. After playing for a while, the whole game actually gets easier. You just have to know where everything is, and getting the gun makes the game too easy I think. The graphics are fine and I like how the dirt actually is not flat and clumps around. The music is nice, perhaps not very underground-ish but still nice to listen to, and the game is quite long. I especially liked the part with the box crusher.
Kom ◪ said:
Link
Posted date unknown
I LOVE this game! It's side scrolling action is just fantastic, with it's combat system and intriguing puzzles. It's simple, yet appealing graphics top this game off and make it one for all to play. It's lack of storyline and short length kind of detracted from this game's over all appeal.