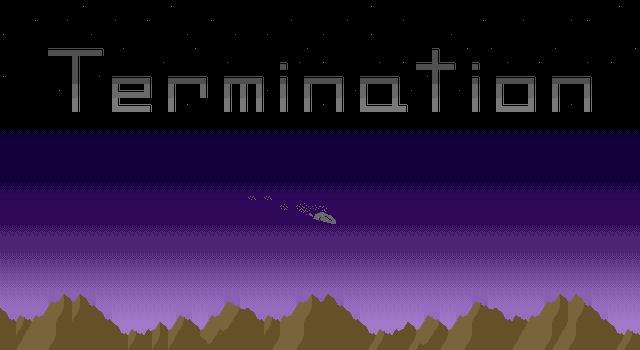 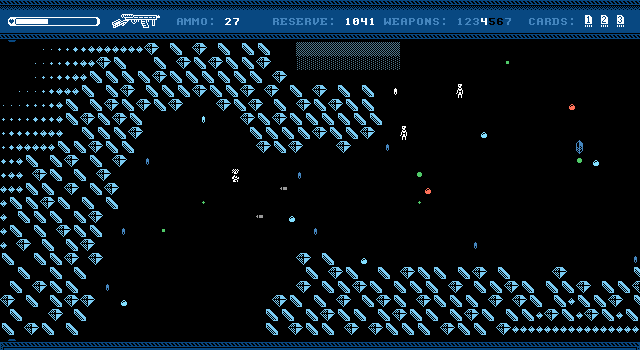  Play online
(slower PCs/tablets may have better results with this link)
No summary available.
Log in to write or edit your review.
CHEZZY ◪ said:
Link
Last modified 2012-05-17 00:02:14
This is an awesome game. AWESOME. The graphics are perfect, the story well written, there are 7 very clever weapons, the enemies are very intellegent, the sound is crisp, the music is nice... I could go on forever. Or you could download this game.

One sentence doesn't do this game justice, let me do this better:

After replaying Termination, I found that the game is in fact, still pretty awesome. The engines are incredible, the music is solid, the graphics are... Well, with Quasar, what do you expect? Even the story is okay... I mean, it's a DoZ game, so, again, what do you expect?

Your ship crashes, you need to fight your way off a hostile planet while you at first, unwittingly, uncover a plot to harvest these special healing crystals that are hoped to grant immortality. The concept is sound. You start with a sword and a gun, and ammo is very much a factor. You'll find yourself using the sword a whole lot unless you want to get the special ending by not healing any more than 10 times. The world is littered, just covered with ammo and health and powerups, making it hard to actually put down or stop playing seeing as how you CAN in fact just keep going. It's a good mechanic, but if the game were longer, I'd probably find it tedious.

On the note of length, this game doesn't really have any. It always surprises me how short it is. Some parts, while there are only about 2 of them, get pretty balls-tasticly hard, which kinda falsely adds a little to the overall length, but really, the amount of boards can only go so far, but I'm sure the engine itself could go much father.

While the length might not be adequate for it, the engine is glorious. It features something like 9 unique weapons, all of which are totally useful at one time or another. This is a pretty hard thing to find in an mzx game. My one real complaint is that the boards reset after you leave them, which is really just fine with me, but the items on those boards reset as well, making infinite ammo a very real possibility.

Really, this is a short game with a couple pretty minor flaws that is worth playing twice. You will enjoy it both times. I was tempted to lower my score from 5 to 4, but the fact is that you don't see games in mzx like this very often, certainly not executed as well as this one was. So, 5/5 it is.