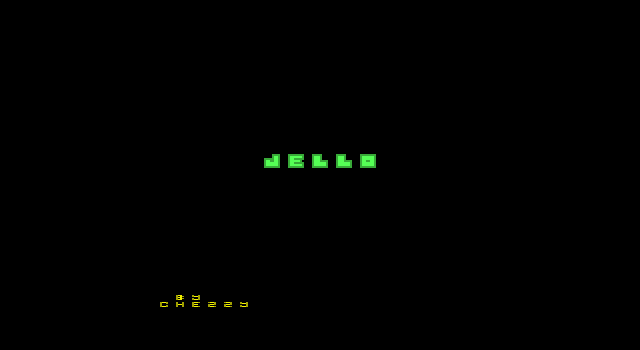 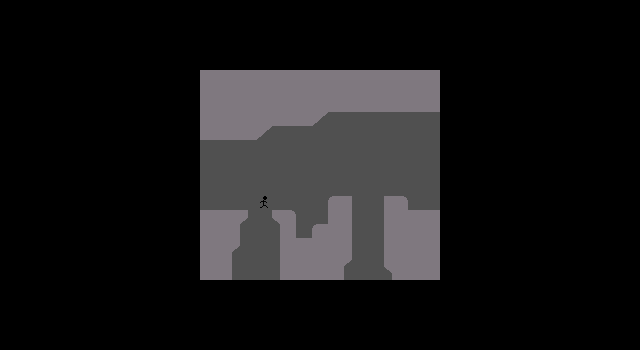 There's a good deal of attention paid to setting, which can be expected; CHEZZY mentions Seiklus as a possible influence for this game, and it shows. This is a charming game. The plot, while not really there, works quite well. The character motion, the background and the various challenges invoke similar moods compared to its overt inspiration.

However, whether he intended or not, the game feels like a cruel version of "Another World"/"Out of This World". It will kill you whenever possible, it is damned hard, and there are considerable stretches of YARGH between save spots. Unlike Another World, the controls are to blame for a good portion of this. Your character has a VERY short reaction time when holding a direction; he'll spring an unwanted second time if you're not careful. I, personally, had an almost impossible time with the crumbling blocks / wallhang-to-cliff section in the last third of the game (I couldn't JUMP UP), and the lava section is absolutely notorious.

With all of that said, it's definitely worth a shot... especially if you remap controls to suit a gamepad. Good job, CHEZZY. Just because I find it frustrating in the bad way doesn't mean I find it bad altogether.

But over-all one of the best side scrollers, i think, for Megazeux.
Goshi ◪ said:
Link
Last modified 2012-05-16 23:55:05
Jello is game obviously inspired by Seiklus (God, I hope I spelled that right). Only with a few actual obstacles and a fairly more obvious plot is evident. The game starts with Seiklus, Sieklus or whatever title screen in which we see the main character resting on a cliff. Just like in Sei... whatever. you are then thrown of the cliff and free to explore the fairly big world ahead of you.

The game has you jumping quite a lot. But the jumping is where the game becomes quite painful. You have ridiculous pits which require top notch timing to pass or you'll meet a certain doom. This can become quite frustrating and simply just sucks away all the fun factor from the game.

The graphics are quite bland too. Just big blobs of brown, grey and green. Quite uninteresting indeed. The green guy at the start and at other points of the game totally looks out of place to the other characters as well.

Overall this game isn't really too great. Its nice if you like Sei-whatever but you might want to try something else.
Kom ◪ said:
Link
Posted date unknown
I really like this game, only I don't like the fact that movement and stuff is slow. Over all, this is a great sidescroller that everyone should play.