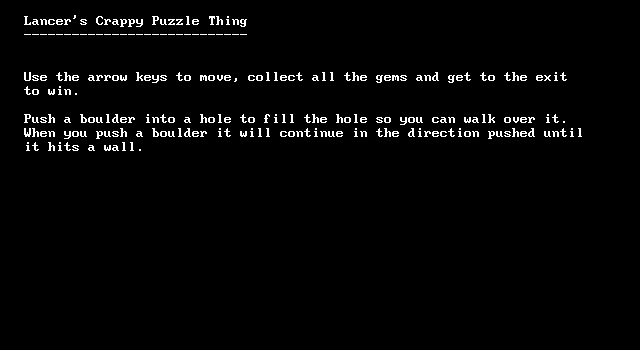 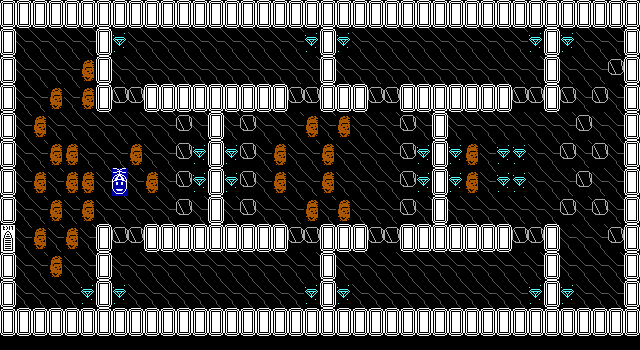  Play online
(slower PCs/tablets may have better results with this link)
No summary available.
Log in to write or edit your review.
Spectere ◪ said:
Link
Last modified 2012-05-16 23:55:37
A fun little challenge with a funny ending message. :) Basically, you have holes and boulders. Boulders fill up the holes, allowing you to walk over them. However, what makes this tricky is that, when pushed, boulders won't stop until they hit a wall, another boulder, or go into a hole. This requires you to plan several moves ahead or just get stuck.

I wouldn't really recommend this if you're not into puzzle games because, as I said before, it is a bit tricky (and potentially frustrating...like if you're doing well, get yourself stuck, and then realize that you haven't saved in a half hour.
Lachesis ◪ said:
Link
Last modified 2014-01-08 19:18:36
A pretty cute Sokoban variation where the rocks don't stop until they hit something or fall in a hole, rocks can be walked over when they're in a hole, and you're collecting gems instead of just trying to position the rocks. Clever but terribly short and awful looking. Just play red by the same author, it has more than enough of these puzzles in it!