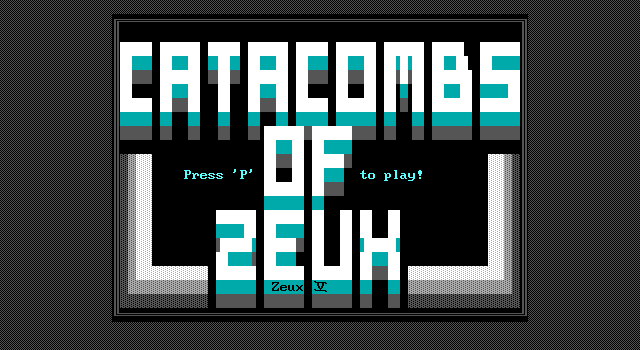 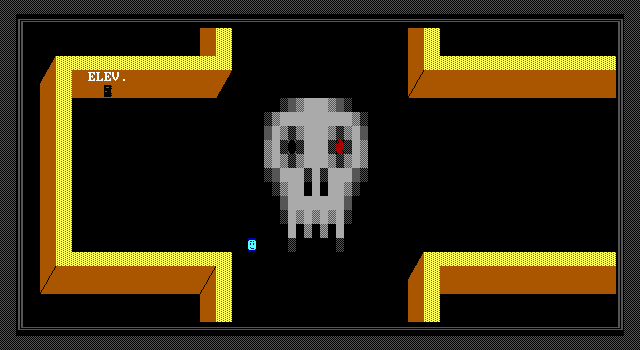  Play online
(slower PCs/tablets may have better results with this link)
No summary available.
Log in to write or edit your review.
djtiesto ◪ said:
Link
Posted date unknown
Greg Janson admitted this title was extremely rushed, and it shows. Most of the game consists of extremely spartan, 2-color mazes based on a 3x3 screen pattern, lacking any kind of floors, battling wave after wave of prebuilt enemy, while solving some fairly easy puzzles. There's a primitive version of the classic MZX sidescroller thrown in for good measure. The genius and soul of prior Zeux games (this reviewer feels Forest of Ruin is one of the best MZX games ever) is sorely lacking. The music isn't nearly as catchy as other games in the series. While the main theme that plays when you're exploring the tower conveys a haunting mood, it's played throughout most of the game. Worth playing just to finish up the Zeux series...
Maxim ◪ said:
Link
Last modified 2012-05-17 00:05:35
My favorite of the Zeux games. This one gets a bad rap it doesn't deserve.

While the mechanics are just like in the other Zeux games, with the built-in combat system, the (frequent) boss fights are both difficult and fun. Some of 'em really bomb the crap out of you before you can kill them. There isn't a terrible amount of backtracking like in Caverns, and there's more variety than in Chronos Stasis. Also there aren't any serious bugs that I could find, unlike Chronos Stasis.

As for less important features... The boards are a little more plain-looking than in the previous games, but the graphics are done tastefully and appropriately enough. There isn't as many neutral NPCs as in the previous Zeux games, but along with the spartan graphics this works in the game's favor. There's only a few songs but they work very well with the sense of isolation and sound absolutely beautiful. Slow, with strings, percussive melodic instruments, and sparse percussion. The only fast-paced song is the boss battle theme which adds a nice layer of tension to already difficult battles.

Give this one a chance. It gets knocked a lot but you might appreciate it.
Dr Lancer-X ◪ said:
Link
Posted date unknown
Well, it's not the best game ever. It is, however, one of the better Zeux games and no black sheep of the franchise.

The game structure is thoughtfully laid out and manages to mix the mandatory backtracking with new exploration in reasonable enough proportions such that the game isn't TOO short or too boring/repetitive.

This game also has the best bosses in the Zeux series and requires you to use a range of different strategies against them, rather than previous games where boss battles mostly consisted of shooting in the direction of the boss waiting for it to run into your bullets.

Main complaints are that the design of the levels lack the same level of variety as earlier games in the series (although I would argue that the drabness suits the fact that you're basically wandering around a robot stronghold) and that out of the 8 total spells you get in the game, only 4 (heal, superheal, extinguish fire and invinco) are generally useful while the other 4 are one-offs.
Lachesis ◪ said:
Link
Last modified 2011-09-21 19:41:27
Catacombs of Zeux is the best action game of the Zeux series. Some people go into this game expecting a puzzle game in the vein of the first four -- it's not. This is the big, stupid, guns-blazing outrun-the-explosion-at-the-end finale to the story presented in the previous installments of the series. And it works.

The built-in enemies are not the focus of the action in this game, but a means to make the otherwise empty hallways keep your attention between the real highlights of the game: the numerous robot elementals you must fight to progress. Most of the robot enemies have unique strategies to be defeated, and openly oppose strategies that you've used on previous bosses (namely the Power boss on floor 3!). None of the bosses use bombs, but Caverns of Zeux mostly abused bombs as a boss weapon to death, so I didn't mind too much. My only other complaint is that Vince can still jump when you're shooting in the platformer fight towards the end. Awful decision! You can't use spells during this fight, either. On the topic of spells, as Lancer-X mentioned, half of the spells you'll only use once, but you will use EVERY spell in the game.

Catacombs of Zeux doesn't offer much in the way of visuals, but if you were in a fortress designed by robots, would you expect anything fancier? You have to give Alexis a lot of credit here, for the entire Zeux series -- the original MegaZeux editor was terrible. The level design Catacombs of Zeux is very practical, but stays interesting enough that you want to continue exploring, and there's plenty around to explore. My advice -- explore the first floor to the greatest extent that you can before continuing on to the following floors, and don't go to the fifth floor until you have the Wilt spell. You get your first spell and the magenta key on the first floor, among other things.

As this is more of an action/boss strategy oriented game, the puzzles are much more lacking than in the previous installments. Save before every puzzle, but they're mostly pretty simple. The least obvious puzzle involves boulders and sliding prison cell doors. Don't forget your friend during your escape, either.

The music and sound effects in this game is PERFECT. Catacombs of Zeux introduces some of the most recognizable and memorable music of the series, with its title screen and level themes. The former was the inspiration of the Labyrinth of Zeux MZX title screen music, and the latter, while it plays on every room of every floor, is long enough that it won't get old. Recognizable Zeux sound effects are the "Yeah!" sample and the amusing scream that some of the robots give off when they die.

Overall, while this game is a little rough on the edges in visuals, Alexis managed to turn out a very fun game that, of the games in the Zeux series, is probably more replayable than all besides Caverns. Give it a shot!